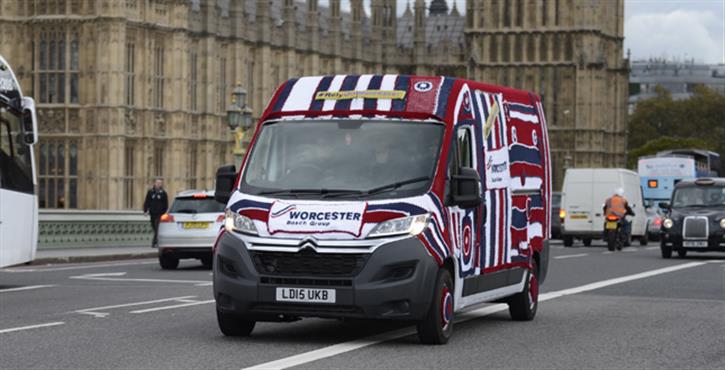 Worcester, Bosch Group, has taken to the streets with a brand new advertising campaign, driving around the UK in a giant knitted van to remind homeowners that they can #RelyOnWorcester to keep warm this winter.

Starting with the nation’s capital, the manufacturer took its woolly van around the city armed with hand-warmers, hot drinks and bacon sandwiches to warm up the morning commuters and find out who or what it is they rely on.

Having launched a social media search to find an installer to be the ‘face of the trade’, the team was also joined on the road by Peter Booth of GV Booth Plumbing and Heating in Loughborough. Despite the cold, Mr Booth was only too happy to jump in front of the cameras and discuss what he relies on in his day-to-day role as a heating engineer.

Sue Pennington, brand manager at Worcester, Bosch Group, said: “As the weather turns colder and the mornings are darker, we all need a bit of warmth. Our amazing team of knitters worked tirelessly through to create the giant woolly van cover, which allowed us to put a smile on commuters’ faces and find out who they rely on every day.”