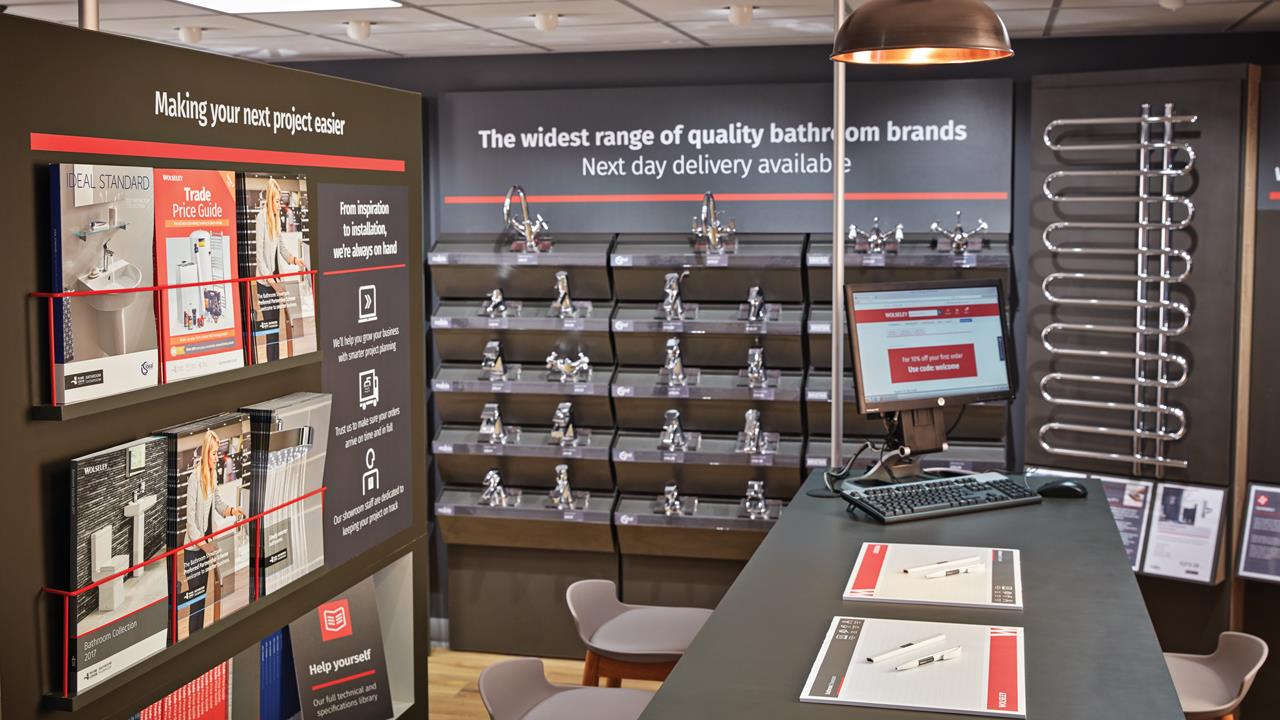 Richard Farrimond, Product Manager at Wolseley, discusses the latest brassware trends which he says could make a huge difference to the appearance of a new bathroom or kitchen installation.

With the increasing use of social media platforms such as Pinterest, and the rise of home improvement influencers on channels like Instagram, customers are looking to upgrade their homes more regularly than ever before.

While it’s easy to think of interior design as designing open-plan living spaces or switching the colour scheme of a room, simple changes to brassware can make the world of difference.

The last decade has been dominated by minimalist design in all areas of the home, but extravagant décor is now gaining traction. In keeping with this trend, ornate brassware is also making a return to kitchens and bathrooms nationwide with the likes of Bristan’s Regency range of taps, mixers, and showers replacing sleeker designs.

Intricacy isn’t for everybody though. For customers who aren’t so keen on the traditional look, there is a range of affordable, gooseneck mixer taps which can offer a stylish touch to the kitchen. Designs such as the Grohe BauEdge single-lever mixer tap or the Nabis Matese monobloc are perfect for customers looking to achieve a contemporary look without breaking the bank.

Industrial designs are also beginning to move out of dining and living areas, and into the bathroom and kitchen. With it comes a trend that has long been frowned upon in domestic plumbing jobs – exposed pipework.

One company, Jee-O, has taken advantage of this by creating its Flow mixer tap, which has the look of exposed pipework while also doubling up as a towel rail. It’s an option for wealthier customers, but the results are impressive.

For the skilled tradesperson, neat-looking towel rails can be designed with simple copper pipework, although regular cleaning would be required to combat the colour change from inevitable oxidisation. Despite looking stylish, such a towel rail also would have to be used in conjunction with a conventional radiator to efficiently heat the room.

While chrome will remain a timeless material for bathroom and kitchen taps, there are many alternatives you could recommend to your customers. Nothing quite beats the elegance of polished chrome when cleaned regularly and well maintained but, this year, matte-black brassware has become a favourite among the style conscious – particularly when combined with monochrome colour schemes.

While offering a modern, urban feel to a room, those living in hard water areas will need to consider the amount of cleaning required to keep matte-black taps looking their best. It’s important to advise your customer about the need for regular cleaning as the matte-black finish can easily become coated in dirt and soap scum, making the upkeep of these taps more taxing.

As more extravagant styles of brassware have returned, so has the need for bling. If your customer isn’t a fan of a matte-black and is looking for a warmer feel, try gold, bronze, and copper – all of which are in keeping with this year’s trends.

Becoming more of a global mission than a design fad, customers are looking to save money and be more environmentally-friendly where they can. As part of a wider effort to reduce utility bills, many customers are installing boiling water taps. In addition to being able to make a cuppa instantly, customers can reduce the amount they spend on water and electricity bills.

Research has found that 67% of people overfill their kettle when they use it – often dashing the leftover water down the sink when the craving for another caffeine hit arrives. With boiling water taps only using the amount required to fill a mug and less electricity being used to heat this excess water, bills can be slashed.

For warm and cold water, customers are looking to low pressure taps to save money. These taps mix air into the water, giving the customer the impression of an increased flow rate while actually cutting water consumption.

Like every other home appliance, fitting or fixture, brassware is also going digital. The most common smart taps include touch sensors to control temperature, rinse settings, flow rate and duration – all of which help to increase customer comfort and lower bills.

Some designs include features such as ‘touch anywhere’ technology, allowing the tap to be turned on and off without having to twist a handle. This is great in kitchens as food-covered fingers are kept away from the tap.

Other taps can be controlled by smartphone apps. Using their phone or tablet, customers can fill their baths or basins without even getting up from the sofa. Lazy? Perhaps. Clever? Absolutely!

BATHROOM BRASSWARE HOME INSTALLATION KITCHEN MERCHANT PRODUCT ROOM SANITARYWARE SINK TAP WOLSELEY
Tweets by HVP
Make sure you’re on top of changes in the industry, and sign up for free to receive your monthly copy of HVP and our weekly email newsletter
SUBSCRIBE TO NEWSLETTER
SUBSCRIBE TO MAGAZINE