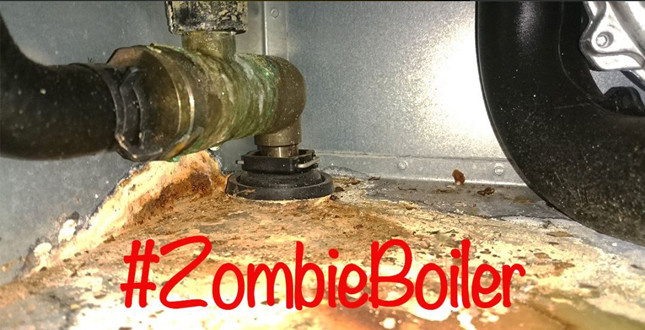 Wolseley Plumb Center has announced London Gas Services as the winner of its 2017 Zombie Boiler competition.

'Zombie' boilers were being targeted by the plumbing and heating specialist during October to raise awareness of inefficient boilers and their costs to homeowners, as well as the effects they can have on the environment.

Taking out the warming dead with the most zombie boiler slays, London Gas Services has won four tickets to its very own Zombie Infection experience.

To enter the competition, installers had to tweet @PlumbcenterUK photos of boiler horrors they put to rest using the #ZombieBoiler hashtag. All entries were added to a top zombie hunter leader board where installers would receive one point for all entries submitted, and a bonus point for any retweets.

On winning the competition, Gary Mellor from London Gas Services said: “It’s great that we’ve won, we can’t wait to take down some real(ish) zombies!"

He added: “We come across far too many zombie boilers on jobs and think it’s really important the public and my customers understand why sometimes it’s better to replace rather than repair - ignoring an inefficient boiler will only lead to further problems down the line including costly breakdowns, higher energy bills as well as polluting the atmosphere.”