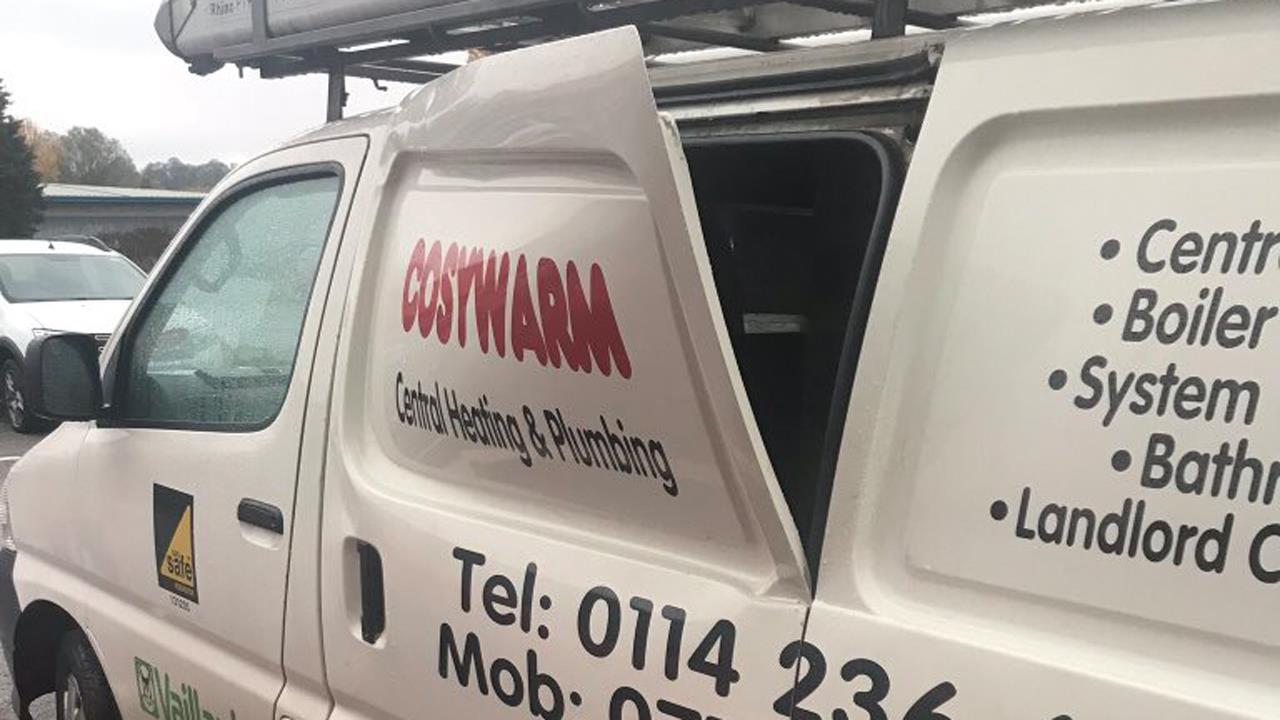 Tool and van theft are a tradesperson’s worst nightmare, and can leave you feeling helpless. Deputy Editor Tom Hogarth investigates what can be done to mitigate the risk.

Tradespeople invest a lot of time and money into building up a collection of tools that will help them perform to the best of their abilities, and assist customers by getting the job done faster.

The last thing you want to think about is your van being broken into and losing that collection of tools and equipment that is as much as a part of you and your job as your uniform or your van.

Yet, it’s an unavoidable issue. Tool and van theft is a growing concern, and you don’t have to look far to find stories from tradespeople who have fallen victim on more than one occasion.

Andy Cam of Cosywarm Central Heating & Plumbing, better known as @CosyWarmPlumber on Twitter, is one of these tradespeople, and he’s understandably sick and tired of having to replace tools and fix his van.

Andy takes all the precautions he can, parking in safe areas and even installing extensive security products, but he has fallen victim to crime all the same. He said: “I’ve got a big gate on the side of my house, and I park up my drive, against the wall with the side door, and the back door goes up against the attached garage. So it’s difficult for [thieves] to get into the van at nighttime. But the problem is when you’re on the road.

“[Last year], we were working on a job in Sheffield town centre, and we parked the van on a road, where people would walk past. [Thieves] chiselled the back locks off the door, and lifted the tail gate. Then they actually put a chain around the van vault and dragged it out of the van.”

Van vaults and cages, to protect tools and add another level of deterrent to thieves, are one of the best solutions for tradespeople, recommended by many, including the police, but they are often still not enough. Andy still says they’re one of the best options as a deterrent. However, as he says, if they want to get it, they will.

Darron Tickle, Crime Reduction Coordinator with the Force Crime Prevention Unit at Greater Manchester Police, spoke to us about the realities of tool theft in the UK.

One of the most important things he highlighted was reporting and avoiding suspicious second hand tools on sale. He said: “There are gangs out there who are specifically looking to get trades’ tools, and obviously have an outlet for them because, if they didn’t, then there would be no point stealing them in the first place. So, one thing that we would like to do is get more of an idea of what the market is for stolen products and what way they’re going.

“We can check eBay and Gumtree and all those kind of things, but also it’s down to the individuals informing the police if they get offered [any suspicious second hand tools]. Because, if you’re getting offered some kind of expensive power tool at a ridiculously low price, that should set off alarm bells in your mind that this probably isn’t coming from a genuine source.”

Darron also highlighted a number of prevention methods that tradespeople can use to slow down attacks by thieves, or deter them altogether. Firstly, he recommended the use of the aforementioned van vaults or cages, which bolt directly into the fabric of the van. Aftermarket locks and alarms also come recommended, as they can be far superior to those that come with the van.

Darron noted that some alarm systems will even send an alert to your smartphone, so you can return to your vehicle to prevent a theft in progress, or contact the police.

He said: “What you’re doing is buying extra time, especially if you have an alarm on the van as well. So, if someone attacks the van, you’ve got an alarm that will activate when they first attack the van. After that, they’ve then got to get beyond the cage or into the chest and they generally won’t stay around. Certainly, with house alarms, [thieves] generally won’t stay at a premises for more than about 40 seconds, according to Home Office research.”

Unfortunately, Darron points out that these aftermarket options are only needed because the vans are full of weaknesses in the first place, and more needs to be done on the part of manufacturers to ensure vans are more secure from the moment they leave the factory.

A lack of alarm systems, and easily bendable sliding door panels, are severe weaknesses that thieves exploit on a regular basis. Andy even recalls that he’s seen occasions when thieves will just cut out the rubber of a back window, pull out the window itself and reach inside to steal tools.

Forensic marking is another deterrent Darron recommends, which can range from chemical etching products to just marking with a permanent marker or UV pen. While this isn’t likely to result in the return of property, labelling your tools and equipment with a business name and postcode could deter thieves, or allow the police to track and reclaim tools when they go after the thieves.

Local neighbourhood police teams often provide forensic marking services, so look into what’s available in your area if this is an option worth exploring for your tools and equipment.

Of course, Darron primarily advocates for the removal of tools and expensive equipment from vans altogether, but Andy points out that, while this does prevent the theft of a lot of gear, it doesn’t stop offenders from damaging your van.

He recalled a recent experience: “The second time this happened [last year], I was on a factory tour. They’d put us up in a hotel in Rotherham, so I went in a van. I’d taken all the tools out previous to that, and they ripped the side door off and had a look inside but didn’t take anything, because there was nothing there. But obviously my van was then ruined for like three months.

“They say take your tools out of the van, but they can still break in during the daytime. Or, even if they do break in just to have a look if you’ve got anything, they can make a mess of your van.”

Andy pledged his support last year to the #noVANber movement and associated petition to government, launched by Peter Booth (who you may know as @pbplumber across social media).

The petition called for government to do more to tackle tool and van theft and protect tradespeople, eventually amassing over 38,000 signatures and receiving a response from government in November 2018.

Peter said: “I just got fed up of seeing every day someone else saying their van had been done and they’d lost their tools. Hardworking, what I would call regular, normal blokes trying to earn a living. I just don’t think it’s fair that it happens so often.

“If they steal £5,000 or £6,000 worth of tools and get an £80 quid fine for theft from a motor vehicle, it’s no deterrent. And if they do get caught and it goes to court, then they need to take into consideration the fact that it stops [tradespeople] from working. The effect it has on you as a sole trader or as a business. The same goes for people selling stolen tools.”

Peter believed that, with his significant social media influence, he could reasonably reach the 100,000 signatures required for the issue to go to Parliament within a month, and was quite disappointed when that wasn’t the outcome.

He said: “I was just really disappointed by the lack of signatures. I know 38,000 is a lot, but if all those people asked three other friends to sign it, we would have got it, and I don’t think enough people took it seriously. Or maybe it was the fact that we reached as many people as we could reach on social media, and it was the people who aren’t in our little community of tradespeople that we didn’t reach.

“I feel like I’ve done as much as I can. Yeah, I’ve got a lot of followers on social media, but I’m just a one-man-band plumber from a village in the East Midlands.

“I need help, I can’t do it by myself and I don’t want to do it by myself. I want someone or some people to help us get there. If I don’t get it there, then the next person who tries it, I’ll back them and maybe they can get it there.”

Peter is currently looking for other tradespeople with influence, or celebrities with an interest in the issue, to take up the mantle and help drive the issue out to more people and get the exposure it needs to create real change.

To sign the petition, and read the government response, head to bit.ly/novanber.

Tool and van theft is an issue that isn’t going away, and could even be getting worse. Despite the efforts of tradespeople like Peter and Andy, and police units like Darron’s, the problem persists and tradespeople need to do as much as possible to protect themselves, as well as encourage change in the industry and in the country to fight back against the root cause, the thieves themselves.