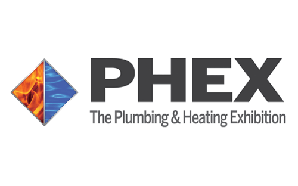 Viessmann will be showcasing its new combi boiler and four-pipe system at this year’s PHEX shows across London and Manchester.

Over on the company stand, Viessmann will be showing off its Vitodens 050-W combi boiler. It is designed to be retrofitted to replace outdated boilers in flats where up to five boilers on different floors can be connected to one vertical flue system. Another key advantage is cheaper spare parts, because it has been engineered so that components can be replaced individually or in two halves.

At PHEX 2015, installers and contractors will also be able to see a demonstration of the Viessmann four-pipe system, the added-value feature of boilers such as the Vitodens 100-W system boiler.

“Visitors to our stand will also be able to learn about other Viessmann innovations, such as app controls that modulate the flow temperature of the boiler and increase condensing operation runtimes,” said Darren McMahon, Viessmann’s marketing director.

Viessmann will be exhibiting at PHEX at the following venues:

Before and during PHEX 2015, Viessmann’s heating system design experts will be giving regular updates on Twitter. Join the conversation by using the hashtag #ViessPHEX15.