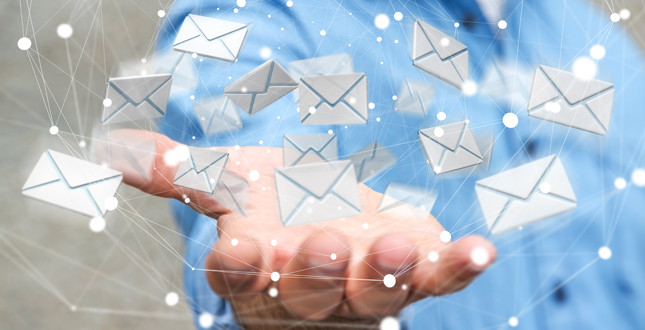 Tradespeople could be missing out on valuable business by using a generic email address such as Hotmail or Gmail on their vans, according to a van leasing company.

LeaseVan.co.uk has warned drivers they could be missing out on lucrative business deals because their Hotmail, Yahoo and Gmail email addresses could be putting potential customers off.

They warned that the use of such email addresses on the sides and backs of vans can create a perception that the tradesperson isn’t a serious business.

At worst, it could give the impression of a rogue trader or a fly-by-night who might not be around until the end of the job.

The issue can be solved very easily by registering a web domain for a few pounds. It isn’t even necessary to build a website and the new email address can be easily set up to forward to an existing mailbox.

Tim Alcock from LeaseVan.co.uk said many van drivers were unaware just how easy it can be to register their own web domain. He also said many wrongly believed there were huge costs involved in buying a domain when the truth is an email address can be bought for pennies.

He said: “No one needs to be driving around with a generic email address on their van in 2017. Yet many tradespeople wrongly believe setting up their own domain is costly and time consuming.

“We want to bust that myth once and for all because the reality is it costs a few quid and they could be missing out on scores of jobs every month because some punters are put off by a Hotmail or Gmail address.

“If they convert one single extra job the web domain has paid for itself. It’s a no brainer – why on earth wouldn’t you? It’s frustrating that someone should work so hard to set up their own business, make a really smart move by leasing a van to save on costs, and then lose out on something that’s so easy and cheap to set up.”

A recent survey found that 78% of people trusted company-branded emails more than free email addresses and 67% also said they were more likely to remember a company branded email.

One homeowner recently told LeaseVan.co.uk of her experience of a tradesman with a personal email address.

She said: “We needed to find a gardener, and came across someone with a Hotmail address that referenced a children’s TV character. I was really put off, as it looked like he wasn’t taking the business seriously.

“For some reason my husband insisted on trying him, against my wishes. He didn’t actually show up for the first appointment and was almost impossible to contact afterwards.

“We are definitely not going to try any more tradespeople with silly email addresses. If they think their business isn’t important enough to set up a professional email domain, why should we use them?”

Tim Alcock from LeaseVan.co.uk added: “Suppose you’re looking for a plumber. You’re comparing different people and you come across someone with the email address paultheplumber12345 at hotmail.com. Are you going to use him or are you going to call the competitor with his own professional sounding domain?”

While paying a web developer to build a website can cost anything from a few hundred to several thousand, businesses can obtain official addresses with domain registration companies for an annual cost of just a few pounds.

It is also simple to set up a forwarding system, so that messages sent to the official address still go to a personal account for checking.