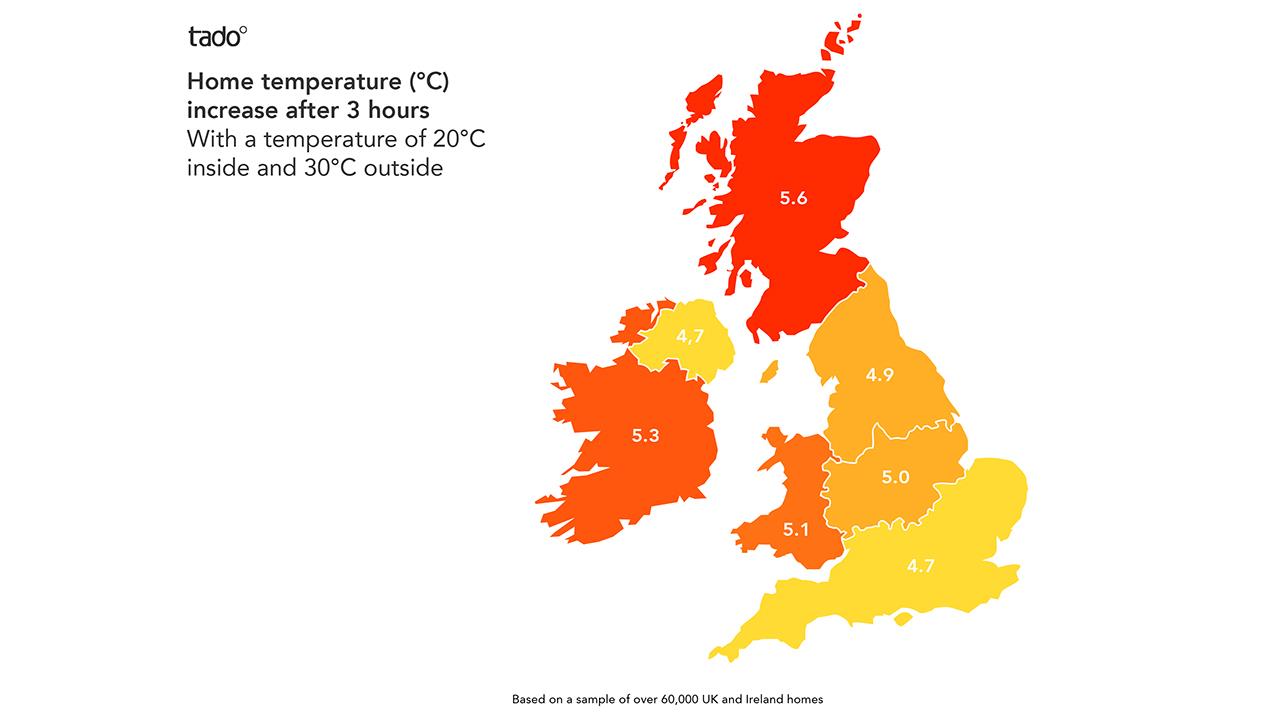 The study, conducted in over 60,000 UK homes in the summer of 2021, found that a UK home with an indoor temperature of 20°C and an outside temperature of 30°C in sunny weather gains on average 5°C after three hours. Compared with some Western European neighbours, such as Germany and Italy, UK homes are gaining heat more than twice as fast.

This means that Brits have to suffer even more from uncomfortable temperatures at home during heat waves than their neighbours. Studies have shown that high temperatures at home lead to a loss in productivity and can also trigger serious health issues such as dehydration or heat strokes. Global heating also is making heat waves and other extreme weather events more frequent.

Although, UK homes are among the quickest in Europe to heat up in hot weather, there is also a difference between the North and South. Whereas Southern English homes heat up on average by 4.7°C after three hours, Scottish home temperatures rise by 5.6°C in the same conditions.

The UK housing stock is also the oldest in Europe and British homes struggle to maintain desired temperatures in the cold and heat. The UK has the oldest housing stock in comparison to EU countries with approximately 38% of its homes dating from before 1946, compared to 24% for Germany and Sweden.

"Air conditioners help to reduce indoor heat but they come at a financial and environmental cost. They increase electricity costs and also emit pollutants into the air.

"Rising temperatures, a growing middle class in developing economies, and increasing urbanisation is driving a strong growth in residential AC. Traditionally within Europe, it has largely been Mediterranean countries that had ACs in homes. In recent years, however, increasingly hot summers have occurred frequently throughout Europe and many countries are breaking historical temperature records. The International Energy Agency predicts the demand for AC will double in the next 20 years. The increased popularity of home office will also add to further demand for air conditioning at home."

CLIMATE CHANGE HEATING STUDY TADO
Tweets by HVP
Make sure you’re on top of changes in the industry, and sign up for free to receive your monthly copy of HVP and our weekly email newsletter
SUBSCRIBE TO NEWSLETTER
SUBSCRIBE TO MAGAZINE