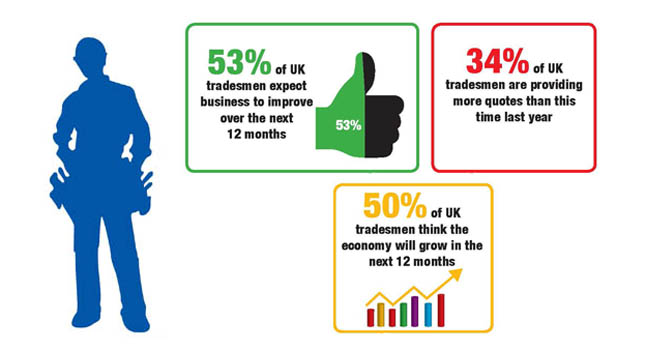 UK tradesmen and women including qualified plumbers and heating engineers remain optimistic for the next 12 months following a busy first half of the year, according to trade supplier, Plumbfix. Click image to see full picture.

The majority (85%) of plumbers, electricians, builders, carpenters and other tradesmen questioned by Plumbfix’s umbrella organisation, Screwfix in its latest Trade Pulse report, said they expect business to remain at the same level or improve over the next 12 months.

More than a third reported being busier than expected and nearly half said business is currently better than 12 months ago.

The optimism tradesmen feel for the future of their businesses also extends to the UK’s general economy, with 50% believing it will improve over the next 12 months and nearly two thirds thinking the UK’s economy has improved over the past year.

“It is really encouraging that so many tradesmen are both optimistic for the future and are maintaining busy work schedules,” said Andrew Livingston, chide executive officer of Screwfix.

The Trade Pulse report also showed that just 4% of the trade are not working, which is a decrease of 1% on the same period in 2014.