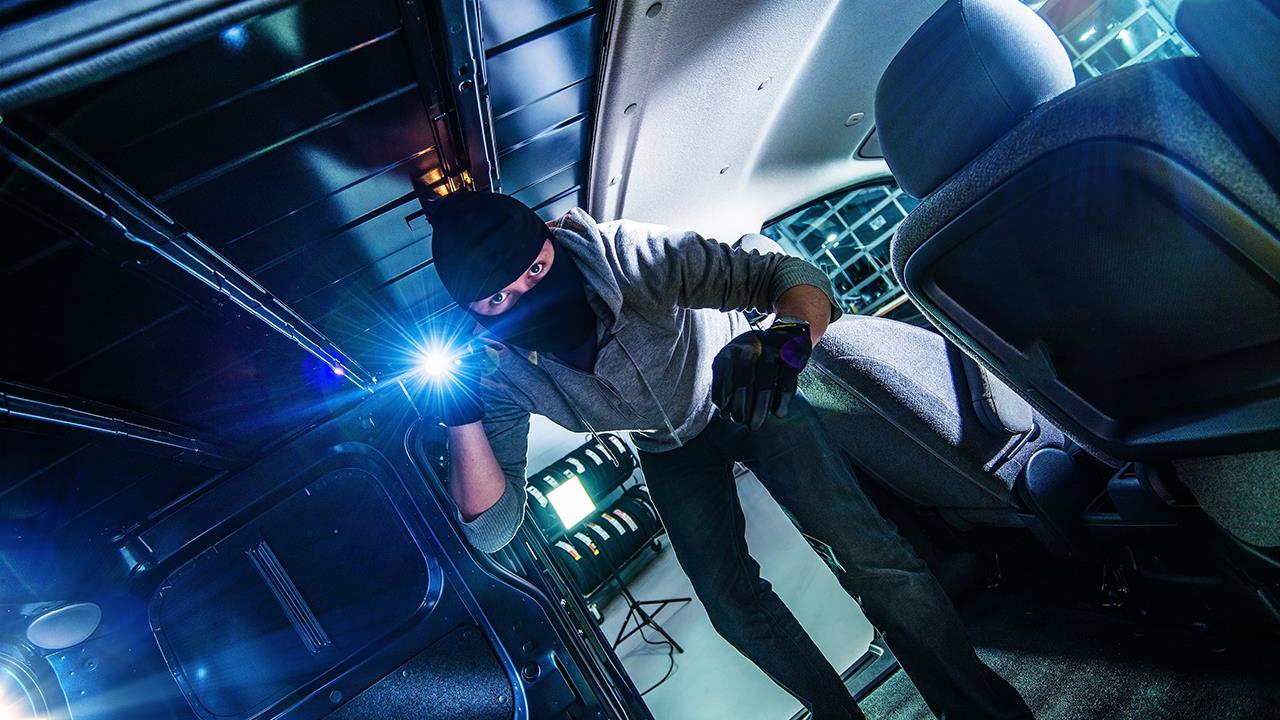 Van theft is still on the rise in the UK and Richard Harvey, Commercial Director for Plumbing and Heating at Wolseley, explores how tradespeople can keep their vehicles safe and reduce the risk of any potential criminal damage and theft.

The #noVANber social media campaign that was launched by Peter Booth (known better to some as @pbplumber on Twitter) in 2018, raised awareness of van crime and encouraged van drivers to sign an online petition.

Gaining over 40,000 signatures, the petition hoped to persuade the government to respond to van theft and help tackle van-related crime through new legislation, additional sentencing guidelines, or regulations on the reselling of tools. However, the government responded to the petition stating that these crimes are taken very seriously – and that there are robust penalties in law to deal with theft.

Two years later, the #noVANber hashtag has been trending again in the installer community this month. As such, now is the ideal time to review how best to keep your vehicle safe and reduce the risk of any potential criminal damage and theft.

When you park your van overnight or leave your vehicle unattended for several hours, a secure car park or garage will be the most suitable place to leave it. Thieves don’t like light and cameras, so if car parks are full, consider parking your vehicle close to street-lighting and CCTV.

It’s also good to park your vehicle with the back doors facing against a wall or building – that way it will make it extremely difficult for the thieves to gain access to your possessions.

Removing all valuable possessions each time you leave your vehicle is crucial. Whether that’s leaving your van for five minutes to grab a quick snack or spending hours on a site, take them with you – you’d be surprised at how quickly things can happen.

Leaving tools on display is literally an open invitation for opportunistic thieves to break in, which is why it’s always handy to know what you own. If you have an excessive amount of equipment, who’s to say you will recognise the missing drill among the 10 other pieces of kit that you have in the van? Keeping hold of product receipts is also highly recommended. By keeping your receipts, you’ve already got the evidence of ownership to show to your insurer if the worst is to happen.

Many tradespeople also use self-storage units to give them peace of mind. Look for a unit that is affordable and local to your home so that dropping and picking up your tools isn’t too much of a burden. In addition to the benefits of ridding your hallway of tools, hiring storage space for your possessions can also be claimed back as a business expense on your tax return.

Grilles and blank windows are also a secure investment when it comes to protecting your possessions and keeping them out of sight. Another option is to tint them.

If you are considering tinting, it’s handy to keep the legal restrictions surrounding the process in mind. If installers wish to exclude light completely from the rear windows, they can do so perfectly legally. However, the same law is not applied to the front or front-side windows. If installers are looking to tint windows in the front of the vehicle, the windscreen must allow 75% of light to pass through it while 70% of light must be able to penetrate the front-side window. Failing to comply with these laws can result in your vehicle being taken off the road, fines, or court summons.

If you’re in the market for a new van, ensure it has a factory-fitted Category 2 Thatcham immobiliser at the very least. Immobilisers are a very smart way of securing your vehicle. With the ability to prevent the engine from running without the correct transponder key, there is then no other way of starting the van.

For installers purchasing used vans that are more likely to come without an immobiliser, there are two main aftermarket options available. First is the wireless transponder – an additional keyfob that sends a signal to allow the car to get started. Secondly, installers can choose a contact touch key, which uses a keyfob that must be inserted into the dashboard prior to starting the engine.

Aftermarket locks are a great tool for increased security. Valued as a visual deterrent for thieves and a security blanket for vehicle owners, deadlocks and slamlocks are the most popular among security-savvy tradespeople, depending on the type of van.

Slamlocks lock instantly when the doors are shut. Deadlocks, on the other hand, require the pin to be turned manually. The benefit of van deadlocks is that they prevent locks from being picked but either option is a valuable addition to your existing central locking system.

Tracking devices are also available for power tools, however, most are easily identified and removed by experienced thieves. The cost of these devices is also quite high. Instead, many police forces up and down the country recommended using an invisible marker or engraving tool to write your name and address on each piece of equipment. By doing so, thieves are unable to profit from your goods and they can be returned to you if recovered by police.

With more vans being targeted, it’s crucial that heating and plumbing engineers do whatever they can to tackle van theft and stolen tools. By taking extra precautions and safeguarding a vehicle, will significantly help limit the number of break ins, helping installers to keep them and their vans safe.

CRIME THEFT TOOL VAN WOLSELEY
Tweets by HVP
Make sure you’re on top of changes in the industry, and sign up for free to receive your monthly copy of HVP and our weekly email newsletter
SUBSCRIBE TO NEWSLETTER
SUBSCRIBE TO MAGAZINE