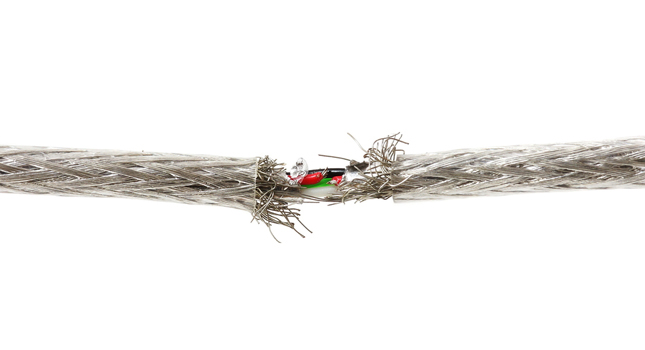 Trade association NAPIT says it has increased its efforts to work with key industry partners in order to reduce the impact non-compliant, defective, suspicious or counterfeit products have on electrical installers.

It comes in response to the results of a major installer survey which showed that:

NAPIT group technical director and trade association chairman Frank Bertie said: "When we heard the serious concerns one of our members and saw those concerns directly reflected in the experiences of hundreds of installers through our electrical products survey, the need to tackle the problem became clear."

"That's why we have created a new Defective, Suspicious or Counterfeit Products Reporting Form in cooperation with BEAMA, a trade association which represents manufacturers of electrical infrastructure products, and the Electrotechical Market Surveillance Group (EMS)."

The new form will allow NAPIT members to draw attention to potentially dangerous electrical products and pass that information on to EMS member organisations, who conduct their own product testing using independent labs to pursue cases of misselling - working with Trading Standards and/or the Health & Safety Executive to get dangerous products removed from the shelves.

"At the same time, we're working with likeminded organisations to support 'Does it Comply?' - a multilateral industry initiative designed increase awareness of the dangers of substandard electrical products,” Mr Bertie added.

"This new website is a fantastic resource which will be invaluable to NAPIT members and non-members alike who want to find out about non-compliant and counterfeit products and report any problems they come across."