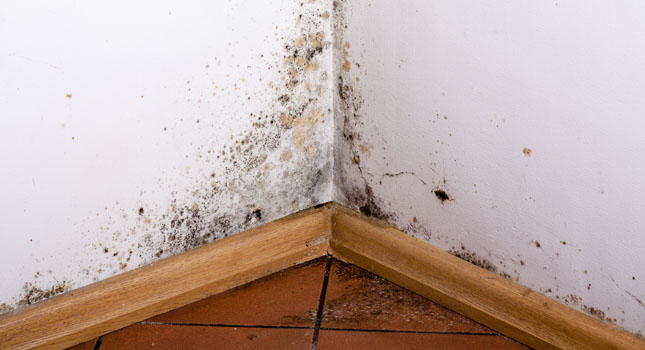 One in 10 tenants are without fully working heating this winter, according to a study by Help-Link.co.uk exploring the UK rental market.

As many as one in five tenants described their current renting conditions as a “nightmare”, suffering with mould, damp and water leaks along with bad communication as well.

Paul Shamplina, founder of Landlord Action and star of channel 5’s Nightmare Tenants and Slum Landlords partnered with Help-Link.co.uk to explore the issues tenants face when renting off a rogue landlord and found some shocking results.

Last year, Citizens Advice reported that rogue landlords were raking in £5.6 billion in rent payments each year for unsafe homes that did not meet legal standards set out by the Housing Health & Safety Rating System.

This includes category one hazards such as severe damp, rat infestations and even risk of explosion. The report also revealed 740,000 households in the UK presented a “severe threat to tenants’ health”.

The study discovered that damp is the largest issue within these ‘nightmare’ households, with 41% of tenants currently living with this.

The Citizens Advice report highlights that those living with such a category one hazard were paying an average of £157 per week in rent. Because of this, more than one in three (34%) tenants who conflicted with their landlords said their homes were bad value for money.

Worryingly, families with young children are also living in these conditions. Many parents have no alternative and therefore feel desperate; 23% say they have tried to leave their accommodation but can’t because they are tied to a contractual agreement.

However, if the landlord is willing to compromise, there may be a solution for these families. Mr Shamplina explains: “It is possible to end an agreement at any time if both parties agree. This is called surrender.’’

Nonetheless, some tenants feel this is an impossible solution as one in five landlords in the UK fail to even respond to tenant complaints or communication.

Mould and heating among the worst culprits

This winter, 34% of tenants with a rogue landlord said they will be living in a house with mould and one in 10 don’t even have access to functional heating. After raising these issues with their landlords, respondents reported that it took, on average, seven-and-half-weeks for landlords fix problems like this.

Mr Shamplina said: “The colder months present a series of significant risks to rental properties, particularly relating to heating systems. One of the common complaints we have found in the past is that some tenants make it difficult for landlords to visit the property. However, regular inspections are imperative to check pipes for breaks, leaks, and blockages, bleed radiators and arrange routine boiler checks. Blocked or leaking pipes can freeze during the cold months, then expand and burst.”

In October 2015, it became a legal requirement for landlords to install working smoke alarms on every floor of their properties, and test them at the start of every tenancy. However, landlords fear that tenants tamper with them to prevent them from going off.

You can explore the top five tenant issues here, with advice from Paul Shamplina at Landlord Actions on what to do if you are experiencing issues in your home.