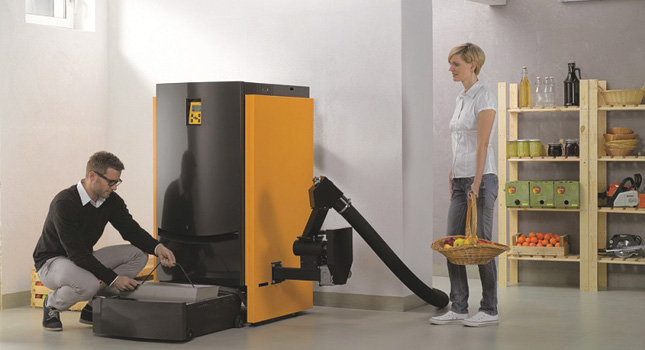 According to recent research, one in three house buyers believes that green technology adds value to a home. Simon Holden looks at the benefits of choosing renewables, whether or not customers are eligible for the government’s green schemes.

As well as reducing fuel bills and cutting carbon, going green can make customers’ homes more saleable. A recent survey conducted by the Federation of Master Builders found that three-quarters of potential buyers are attracted to a home with eco-features. This is key information for anyone looking to add value to their home, and useful to installers selling on the virtues of renewables.

When it comes to green schemes such as the Renewable Heat Incentive (RHI), not every property is eligible, but this doesn’t mean they won’t get value out of going green.

The RHI is not for everyone. Firstly, the scheme favours off-grid homes, which stand to reap the largest fuel savings in switching from fossil fuels. Secondly, many newbuild properties are not RHI-eligible as the scheme was set up to primarily support the retrofit of renewable heating systems. However, there are some exceptions, referred to as ‘custom-builds’.

Custom-built properties are only eligible when the property was built principally using the labour or resources of the first owner. The first owner of the newbuild property must be an individual, as must all subsequent owners (and part owners). In other words, if your customer built the house for themselves, not to sell on to somebody else, they may be able to claim the RHI’s returns.

The house can of course be sold on at a later date, but only to a private buyer, not another developer.

New properties built by ‘non-individuals’ are not eligible for the domestic RHI, for example, where a commercial developer or a social landlord has built the property using company funds – even if the property is later sold to individuals.

Another reason to go green is fuel security, as the UK can no longer meet its own fuel demand. While coal reserves are still potentially available, oil and gas are increasingly being sourced from politically and economically unstable areas of the world.

While the UK does have a ready supply of wood, much of it is currently going to waste, ending up in landfill or rotting in unmanaged woodland.

With or without the RHI, the cost-cutting potential of biomass is attractive. According to the Energy Saving Trust, if a biomass boiler is used to replace an old electric heating system, for example, this could save around £650 a year in fuel bills.

While the price of oil has come down of late, it will undoubtedly go up again. Wood can present a more stable option in terms of cost and availability.

Preparing for the future is vital. With a newbuild, customers are starting from scratch. Choosing renewables from the outset, alongside other energy efficient solutions, may be a better approach than going with more traditional means of heating, only for the homeowner to change their mind at a later date. As mentioned, green products sell, and going down this route can add value to a property, now and in the future.

One of the principle benefits of a newbuild home is that they’re generally well-insulated and often open plan. This provides a suitable setting to make the best use of a wood-burning stove.

Advancements in technology and design mean that today’s stoves can reach efficiencies of more than 90%, which is comparable with a SEDBUK A-rated boiler. In the right home, a stove can actually lower the heating costs of the average family household by £400 per year.

Most stoves are not MCS-accredited and, therefore, not eligible for the domestic RHI. However, there are models available that meet this criteria, including Euroheat’s Riko Evo Aqua, which has outputs from 9kw to 15kw. Designed specifically for water heating, the stove can deliver 90% of its power to efficient water heating, without overheating a room.

Green technology must be the future for British homes. Whether old, new, eligible for the RHI, or not, extolling the benefits of renewables is something that will benefit the business of a suitably trained installer, and potentially add real value to the properties of their customers.