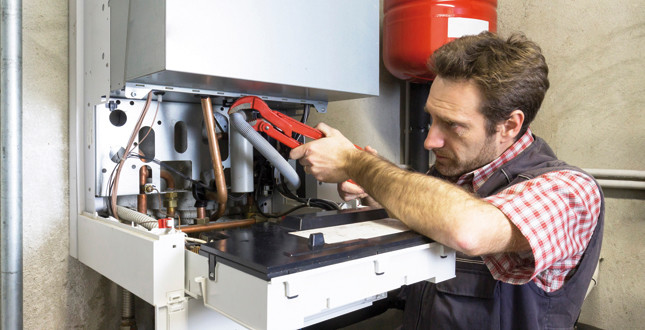 Steve Sutton asks whether fuel cell-based micro-CHPs are likely to play a major role in the key energy solutions of the future.

Micro combined heat and power units (micro-CHPs) are not only in keeping with the UK’s carbon reduction targets, they could provide much needed support to our energy grid, while also meeting the expectations of consumers for products to ‘do more’.

But it’s tough to get customers to adopt new innovations. Manufacturers of ‘new’ products accept that it takes time to bring new technologies to market. The micro-CHP industry is no different.

Micro combined heat and power (micro-CHP) is a technology which generates heat and electricity simultaneously, from the same energy source, in individual buildings. The main output of a micro-CHP system is heat, with some electricity generation, at a typical ratio of about 6:1 for domestic appliances.

The Feed-in-Tariff review by government was crucial for the future of micro-CHP technology. When the news broke that there would be continued support for the technology, manufacturers received the vote of confidence that they needed to invest. The scheme finishes in 2019, but it gives manufacturers a further opportunity to review their technology and strategy, to deliver a product that meets demand.

As heating accounts for 65% of all domestic energy use, we need to reduce emissions and the amount of energy being consumed. The best way to do this is through the deployment of energy efficient technologies. These, however, need to be practical, affordable and realistic, and must be developed with the energy trilemma in mind.

The condensing boiler has delivered major advancements in the heating industry; including improved energy savings, high levels of home comfort, and an instant supply of hot water. It does all this at a competitive price while being extremely reliable.

Consumers and installers are on board with condensing technology. They are familiar with it, they trust it, it has a reputation and proven deliverables, so any new addition to the suite of home heating options available has a challenge before it has even started.

In the commercial market, the larger combined heat and power units (CHP) are already proving their worth. Commercial applications have a high demand for gas and the running times of the CHP units are much longer, more electricity is produced compared to domestic heating, therefore the pay back is faster. The domestic micro-CHP has a relatively low gas usage which makes the pay back longer.

With the aim to create a path to mass production for micro-CHP, the ene.field project brings together 27 partners, including 10 European manufacturers who will make their products available across 11 European countries. The project will allow up to 1,000 households across Europe to experience the benefits of this new energy solution.

Ene.field’s mission statement is as follows: “Learning the practical implications of installing, operating and supporting a fleet of fuel cells with real world customers, ene.field will demonstrate the environmental and economic imperative of micro FC-CHP, and lay the foundations for market exploitation.”

The culmination of the project will be to make recommendations on the most appropriate policy mechanisms to support the commercialisation of domestic micro-CHP across Europe.

As the latest addition to the micro-CHP family, fuel cell-based micro-CHPs technologies demonstrate the potential of the latest scientific innovations.

Fuel cells are devices that transform chemical energy, in the form of hydrogen, directly into electrical energy, heat and water. There are already hydrogen fuel cell cars on the market that use a high power fuel cell in place of the good old internal combustion engine. Rather than charge the battery by plugging it into the mains, electricity is produced via the fuel cell.

Fuel cell technology is now available in the heating sector. It uses the current gas supply in conjunction with a reformer, inverter and fuel cell stack, which are a series of multiple fuel cells. Before the direct current generated by the fuel cell is fed into the household power circuit, an inverter converts it into alternating current, to change it into the same form as the electricity used in our homes.

As we know, hydrogen is now being proposed as the fuel of the future which, if available in the supply pipes to the home, would allow more simple designs to be produced.

Will gas installers be connecting a heating appliance with an electrical connection in the near future? We will keep you updated.