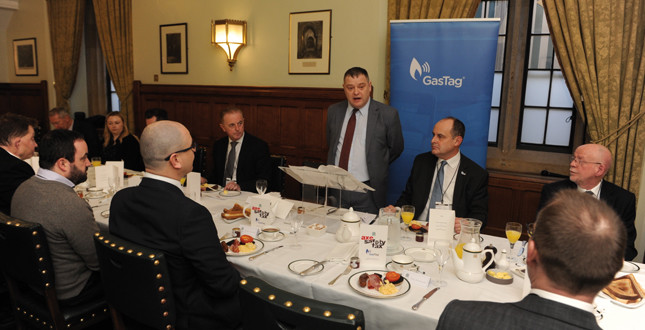 VAT is a tax commonly levied on goods and services in the UK. Currently set at 20%, it means that the cost of many items is inflated by a fifth of its total price, with the difference payable to HMRC.

There are, however, some exemptions, or reductions, to this tax. For instance, there is a 0% VAT rate chargeable on books, magazines and newspapers.

Taking heart from previous lobbying movements which have either seen a reduction or exemption of VAT on certain products or services, safety software company Gas Tag has recently launched a campaign aimed at reducing the VAT charged on the sale of residential safety products and services.

The company argues that, by removing VAT on these items, it will make safety more affordable, and that the millions saved can be reinvested into more safety products and services for tenants to help reduce the number of dangerous incidents in the UK.

Paul Durose, Chief Executive at Gas Tag, explained that the idea for the campaign came from the realisation that the company needed to charge VAT on the products it was supplying to its customers.

Even gas safety checks, which must be undertaken by landlords every year, have VAT charged against them.

Gas Tag estimates that the VAT currently generated from these products and services is in excess of £200 million in the rental sector alone. Although axing VAT on safety products could potentially cause a shortfall in government tax receipts, Paul says that the HMRC should be resourceful enough to plug the gap by taxing other sources.

He explained: “There are complaints that HMRC is going to have a hole in its finances if this actually gets passed, but so what? It’s safety – at the end of the day, [they can] go after the billionaires who are tax evading.”

The culmination of this stance eventually led to the birth of the ‘Axe the Safety Tax’ campaign. It was officially launched at an event held at Parliament on 31 January, hosted by Mike Amesbury MP, one of the backers of the campaign, and a number of high profile individuals across industry and government were in attendance.

In light of recent tragedies, such as the Grenfell Tower fire last year, Paul argues that safety products are now more important than ever. He wants to see a move away from compliance as a “box ticking exercise”, and for landlords to really start embracing safety as an essential part of the service they provide. He sees the VAT cut as major step towards achieving that goal.

He said: “A lot of people ask whether a 20% discount is really important, and we think it really is. If you’re a cash-strapped landlord who has to pay for extras over and above the mortgage on your property, corners get cut.”

The good news is that, even at this early stage, the campaign has started to gain traction. In addition to Mike Amesbury, the movement has also been backed by Emma Dent Coad, MP for Kensington, whose constituency includes Grenfell Tower. Paul says several other politicians have expressed an interest in backing a potential bill on the issue.

Axe the Safety Tax also has star power on its side. Former England footballers Jamie Carragher and Robbie Fowler, the musician Midge Ure, and TV personality Paddy McGuinness have already put forward their names to back the campaign, with more “big names” likely to join them, says Paul.

He explained: “[Celebrities shape] the world we live in, so we wanted to plug into that one way or another and try to get [them] tweeting about it.”

There are also plans to promote the campaign on TV.

The enthusiasm Paul has for the project is clear, and he says the company will only be content if it achieves its goal of reducing VAT on safety products and services to zero.

He said: “Even if it was 1%, we’d still ask why there’s a tax on safety. If I’m completely honest, we’re not going to rest until we get it down to zero; we’re quite relentless. We will genuinely – hand on heart – not stop until this is dropped.”

Paul accepts that the campaign is likely to be a slow burn, but is also hopeful that real change can be achieved in the short term.

“We’re going to try to get it signed, sealed and delivered in about 18 months. We’re very optimistic here at Gas Tag,” he concluded.