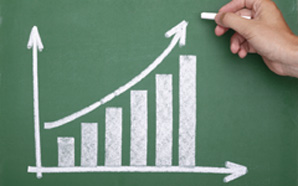 Stephen Knight discusses the domestic RHI to date, giving an overview of statistics and outlining the positive and negative points of the scheme

Nearly nine months into the domestic Renewable Heat Incentive (RHI), it’s safe to say that, overall, the scheme can be deemed a success to this point. Over 10,000 homes have been approved, giving the renewable heating industry a tremendous boost – but for how long can we expect to reap the benefits?

As the insulation and double-glazing industry saw with the Green Deal Home Improvement Fund (GDHIF) earlier this year, government-run payback initiatives can end as quickly as they begin – an unsettling thought for a renewable heating industry that waited anxiously for two and half years for the domestic RHI to come into effect and generate a surge in residential installations.
The domestic RHI has been worth the wait up to now, but we must look at the scheme as a whole to determine the industry’s best course of action moving forward.

On top of those figures, approved systems are expected to have generated over£1 million in income for certified installers across the country.

Based on Ofgem’s quarterly report from July 2014, the number of domestic RHI applicants is spread quite evenly across the whole of the UK, but with homeowners in South West England, South East England and East England adopting renewable heating more than other regions.

The Bad
Based on figures provided by Ofgem, the domestic RHI has generated a total of 10,048 approved systems after six months of being live. If this is an accurate representation of how many systems will be installed over the coming years then, in comparison with the Feed-in Tariff (FiT), the scheme is truly underperforming.

As of late September, four and a half years from when the scheme launched, over 480,000 domestic renewable energy systems were approved under the FiT. If the domestic RHI’s current rate of growth continues, after the same amount of time, the incentive will have resulted in 80,000 approved renewable heating installations – less than a quarter of its FiT counterpart.
For installers hoping that the domestic RHI would be as attractive to homeowners as the FiT, this isn’t good.

Not only are there more requirements, such as Green Deal assessments, that domestic RHI systems need to meet when compared with the FiT, but three years of domestic RHI delays may have led some homeowners to lose confidence in or forget about renewable heating. In some cases, these consumers spent the savings they’d set aside for renewables on PV panels to claim a FiT income instead of waiting indefinitely for the domestic RHI to come into effect.

Another alarming statistic is that homeowners in areas that could benefit from renewable heating have barely engaged with the domestic RHI, as London, North East Scotland and South West Scotland accreditations account for less than 10% of approved systems.

The Ugly
The GDHIF – a government incentive that opened during June 2014 and was designed to improve energy efficiency in homes – shocked consumers and suppliers when it came to a sudden end less than three months after its launch.

There are many theories on what led the scheme to come to such an abrupt halt, with the government stating that an unprecedented surge in demand, following the announcement of new rates on 22 July, resulted in an influx of applications and millions of pounds being committed each hour. Others believe ‘phantom’ sales activity in the market led to the surge in applications.

Regardless of the reason behind it, the programme’s closure resulted in many homeowners being left to pay for Green Deal assessments they no longer needed and installers left to generate business without the added selling point of government payments.

Moving Forward
Although an additional £100 million has now been added to the GDHIF, it’s sudden end in July should serve as a sobering reminder to the renewable heating industry that over-reliance on government programmes is risky business.

Because the balance of positive and negative aspects of the domestic RHI is fairly equal, installers and distributors should be very careful when pushing the domestic RHI as a primary reason to ‘go green’. It’s easy for consumers to lose focus on what it is the industry is truly selling – long-term utility savings and carbon footprint reduction.

Whether it’s days, months or years from now, a time will come when the domestic RHI is no longer around and the industry will no longer be able to use it as a selling point. Looking ahead to that time, the best course of action is to tread lightly when using government incentives as a sales tool, which will also serve to make the switch to a post domestic RHI world as seamless as possible.