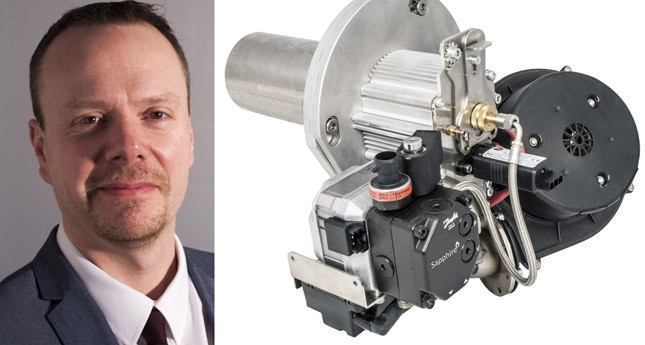 Industry figures show that oil is still very much in demand as a viable heating option in rural and off-grid locations.

Oil installations take up little internal space within a property and, when compared to other fuels, it gives an excellent heat release-to-cost ratio. In fact, based on figures from the Sutherland Tables, households on heating oil have the cheapest fuel bills of all the main heating systems. The price of heating oil has also fallen by around 34% since 2013.

Heating oil prices are expected to remain stable throughout 2017, however oil installations do allow the homeowner the flexibility to choose who and where to purchase fuel from should there be a price fluctuation.

Aside from oil condensing boilers, in which significant advancements were made several years ago, oil fired equipment hasn't seen a great deal of progression. When we look at gas boilers we can clearly see the improvements made within the past 15 years and, although oil combustion has its own inherent limitations compared to burning of natural gas, that doesn't mean the oil industry has to surrender and state that oil heating has gone as far as it can and is not worth further investment.

With over 4 million homes in the UK not on mains gas, it's reasonable to say that this is still a very healthy market, justifying future investment. Limitations are only put in place by manufacturers who don't want to change and state that improvements are not practical, attempting to sway the industry into submission. However, the danger here is that oil heating could then be legislated out of the heating industry.

Oil has been affected in recent years with the renewable market taking a small share that was once mostly dominated by oil. However, the biggest challenge ahead is not the impact of renewables, but forthcoming NOx reductions and how this is going to be managed by burner manufacturers. The target NOx levels of 120mg/kWh rolling out in 2018 for standard oil-fired yellow flame burners is very challenging, so blue flame oil-fired combustion will probably take its place.

The recirculating blue flame combustion burner head can achieve NOx emissions below the threshold and will hopefully enable oil-fired heating systems to still be a valuable part of the heating industry for many more years to come.

With modulating oil blue flame burners becoming a viable reality in the coming years, efficiencies will be greatly improved. This is especially the case when used in conjunction with OpenTherm controls.

Aside from looking to meet pending low NOx legislation, UK manufacturers have a duty of care towards the world we live in to make sure that oil has a future in the heating industry.

At EOGB we are always looking at how we can improve what we already have and we have made some major developments into low NOx technology through the development of Sapphire, the industry's first fully modulating blue flame burner which runs on kerosene and is suitable for use with OpenTherm controls.

The initial issue was that a suitable control system didn't really exist, so we designed a new concept, with a particular emphasis on OpenTherm controls, to improve overall system efficiency. This addition of improved system controls allows an extra 5% efficiency increase under ERP labelling. The Sapphire modulating system, complete with digital touchscreen control, is extremely flexible and allows us to set up to 15 points of modulation that gives total control over fan and oil pump pressure.

The high pressure spin system gives excellent combustion and allows the burner to operate at much low excess air than we would have ever contemplated on older yellow flame combustion heads. So, with the large modulating range and the possibilities of operating with reduced excess air, improved overall system efficiency and burner combustion efficiency are both greatly improved.

Looking to the future

Oil installations with low NOx burner designs will continue to play a part in the heating industry for the foreseeable future, despite the current trend shift and manufacturers' renewable product launches. The oil heating industry is still full of potential, and we're pleased to be at the forefront of new innovation.