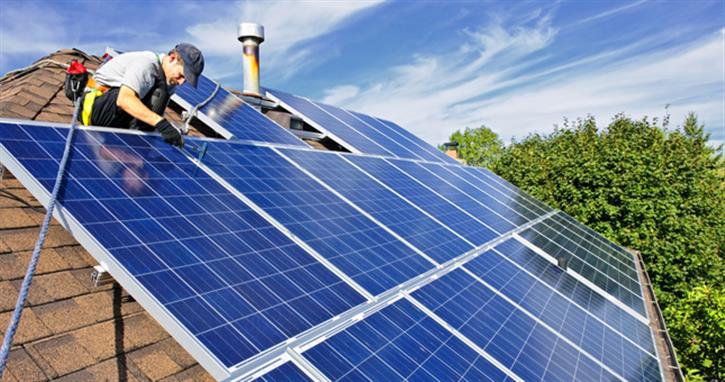 The government has announced it will keep the reduced VAT rate on energy-saving materials such as solar panels and heat pumps.

There had been fears the rate of VAT applied to these products would rise to 20% following a European Court (EC) ruling that the reduced rate breached EU laws. Following the EC ruling, HMRC published a consultation proposing to increase the VAT rate as of 1 August, 2016.

However, the Labour party tabled an amendment to the Finance Bill that would empower the Treasury to give solar and other energy saving materials lower rates of VAT. This has gained cross-party support in recent weeks, and the Prime Minister told the House of Commons on 21 March that the government would not oppose the amendment.

Treasury aides have now confirmed that the installation of all energy saving materials “including solar panels, wind turbines and water turbines will continue to benefit from the current, reduced rates of VAT”.

The European Commission has also said it will bring forward proposals to allow “flexibility” in the VAT rates applied to different products within EU countries.

The renewable industry has reacted positively to the news, with the Solar Trade Association (STA) describing it as “very encouraging”.

A large number of organisations including the STA, the Builders' Merchants Federation (BMF), the Association of Conservation of Energy, Sustainable Energy Association and the Residential Landlords Association have all campaigned vigorously against the VAT rise.

Leonie Greene, head of external affairs at the STA, said: “The solar industry owes a big thank you to the MPs of all parties who rallied in support of solar over the last week and put their name to the amendment.”

The STA estimated that an increase in VAT from 5% to 20% would add £900 to the cost of a typical residential solar photovoltaic panel installation.

Brett Amphlett, policy and public affairs’ manager at the BMF, commented: “Now the legislation has been passed, improvements can continue to enjoy the 5% rate to make homes warmer, cut bills and save money. That is good news for merchants, manufacturers and solar panel installers.”