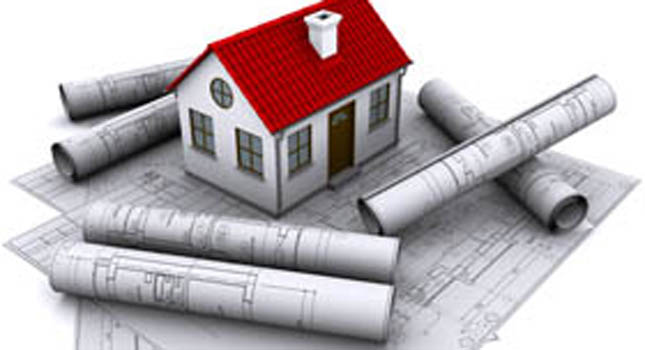 A severe shortage of skilled workers in the housebuilding industry, alongside the current planning system, is hindering efforts to tackle the UK’s housing crisis, according to research released by Lloyds Bank.

The first Lloyds Bank Commercial Banking report on the UK housebuilding sector, Building for Growth, analyses the state of the industry today, as well as the opportunities and challenges it faces in the future.

It surveyed those within the housing supply chain, from SME contractors to national developers and found real concern among these businesses on the effect of the sector’s skills shortage – not only on individual firms, but also on national housebuilding rates and the UK economy as a whole.

On a more positive note, the research did find some approval for measures announced in the Summer Budget designed to tackle the current housing shortage, such as plans to grant automatic planning permission for building projects on disused industrial sites.

Tackling the housing crisis: the barriers

While the pace of housebuilding is generally acknowledged to be improving, there remains much discussion about how it can be accelerated to match demand. According to the report, there are a number of key issues preventing the effective tackling of the housing shortage, including slow planning decisions (46%), public opposition to development (42%) and lack of skilled workers (25%).

Indeed, a quarter (24%) said the skills shortage is the biggest broader challenge currently facing their business. More than a third (35%) believe there is a lack of suitable candidates to fill existing and new jobs.

Housebuilders said the skills shortage is most acute among electricians and site managers (both 34%), with project managers (33%), quantity surveyors (31%) and architects (31%) following closely behind – reflecting the supply chain-wide nature of the problem.

Housebuilders appear to be taking steps to redress the balance, with 31% prioritising investment in recruiting apprentices in an effort to increase the pipeline of talent coming into the industry.

When asked what one change housebuilders would advocate for the alleviation of the housing shortage, 23% said greater local authority support to promote and fund building projects, while the same figure sought additional government support.

Existing government schemes, Stamp Duty reform and the Help to Buy equity scheme, were flagged by 73% and 63% respectively as having a positive impact on the housing crisis.

A note of optimism

Despite the challenges cited in the report, housebuilders seem to be optimistic about the future, with respondents giving an average score of seven out of ten when asked to rate their confidence in the success of the UK housebuilding industry in the future.

Over 85% of respondents want to create new jobs in the next 12 months and, if replicated across the industry, this could mean the creation of more than 100,000 new housebuilding roles according to Lloyds Bank estimates.

Alasdair Gardner, head of housebuilders, Lloyds Bank Commercial Banking, said: “This report sheds light on the key areas of support that firms in the sector need to ensure the long-term success and sustainability of the industry. Clearly, housebuilders are very concerned about the barriers preventing them from playing a role in alleviating the housing shortage.”

Stewart Baseley, executive chairman, Home Builders Federation, commented: “The outlook for housebuilders is more positive than it has been for some time, and the findings of this report reflect that. Output has increased significantly in response to the higher effective demand generated by a general improvement in the economy, and the Help to Buy equity loan scheme.

“A shortage of skilled people has become the biggest concern and the industry is investing massively in training.

“If a positive policy environment and a stable economy can be maintained, the industry will continue to grow to deliver the Government’s ambition to build more homes and tackle our entrenched housing crisis.”

The publication of Building for Growth comes just months after January’s launch of a report by the Lloyds Banking Group Commission on Housing, which sets out a roadmap towards the sustained supply of good quality new homes.

The aim of the commission is to generate cross-party agreement on key policy areas that could make a significant difference in providing greater levels of new homes, and it calls for a progressively rising target for national housebuilding that will deliver two million to 2.5 million homes by 2025.