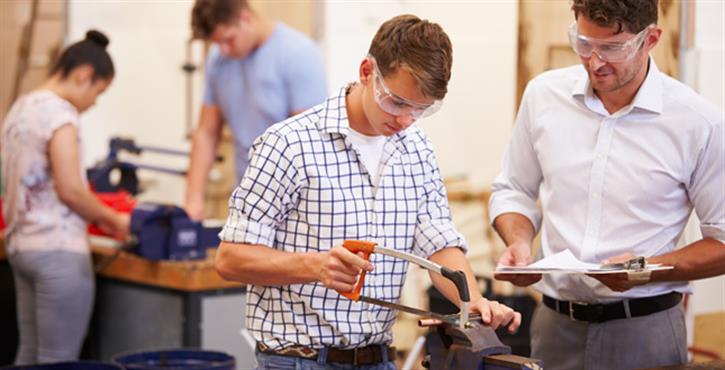 Skills Minister Nick Boles has unveiled a new plan for Post-16 education based on 15 routes into technical education, in order to "harness [the nation's] talent".

Under the new Post-16 Skills Plan, which follows recommendations made in a report into technical education chaired by Lord Sainsbury, 16-year-olds will have to choose between 15 high quality routes rather than the 20,000 they are currently faced with.

Despite the high number of courses currently provided by 160 different organisations, the report argues young people have no clear indication of which course will give the best chance of a job. They will now have to decide between academic options and technical ones aimed at a set of skilled occupations, with standards being set by employers. Each course will be offered by a single course provider – the winner of an exclusive license in a competitive process.

Lord Sainsbury's report found that the current system is confusing and failing to deliver the skills required by the country's employers, with significant implications for the UK's productivity, economy and competitiveness.

It has been announced that the first routes will be made available from 2019 – a claim that has been dismissed by critics as "wildly optimistic".

Mr Boles said: "Britain has all the ingredients needed to compete with other skilled nations, but we must create a technical education system that can harness that talent. This cannot be the government's job alone; we must work with employers and post-16 providers to unlock the potential in this country.

"The skills plan is the next step towards that goal, building on the progress we have already made by investing in apprenticeships, and creating a skilled workforce that is the envy of every other nation. This won't just help our young people get the best jobs but it will also boost our economy, benefitting us all."

Graeme Dryden, head of technical at APHC, commented: "We are pleased that government has recognised the need for an urgent shake-up of vocational education. Recent research by APHC revealed that 86% of people believe that school leavers should be encouraged to consider an apprenticeship as an alternative to higher education. By not providing young people with this option we are failing the next generation as well as disadvantaging the wider economy. Whether 2019 is a realistic target for the implementation of these changes remains to be seen."