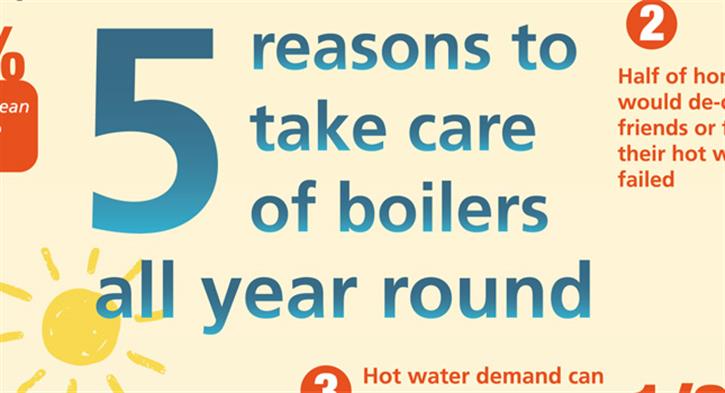 A summer spike in our showering habits may be placing an unnoticed strain on the nation’s boilers, according to homeowner research from ADEY Professional Heating Solutions.

While the onset of the winter season is when the heating industry is most likely to talk to householders about system protection, research of 2,000 homeowners shows that the demand for hot water does increase in summer.

Almost one in five of those surveyed are likely to shower more than once a day at some point in the week, up from around one in ten people during the winter.

This may in part be due to the prevalence of sporting activities in the summer, with a third of people saying they either work out or play a sport that requires a shower or bath afterwards, between twice and as many as six times in a week.

A distinct preference for showers rather than baths rises to 70% in summer, compared to 55% in winter.

“Our industry’s focus on central heating performance is vital, but it may be masking the importance of year-round protection for domestic boilers and their function in providing a reliable source of hot water for our homes even in the summer months,” said John Vaughan, chief executive of ADEY. “This is creating a silent summer strain on our nation’s boilers.

“The consequences of neglecting the regular servicing and maintenance of boilers is well understood by installers, but remains an important message to drill home to customers.”

ADEY’s latest research shows more than a quarter of homeowners have not had their boiler serviced in the last 12 months.

“The consequences of being without hot water as a result of boiler breakdown are hugely disruptive,” Mr Vaughan continued. “Nearly half of people told us they’d either ‘decamp’ to family and friends or go to their gym to shower if their hot water failed at home. That’s a significant difference to the impact of heating failing in winter, when just 4% said they would go to family and friends to keep warm.

“Our research shows there is a real opportunity for installers and heating engineers to remind their customers of the importance of regular boiler servicing to maintain their home comforts all year round.”