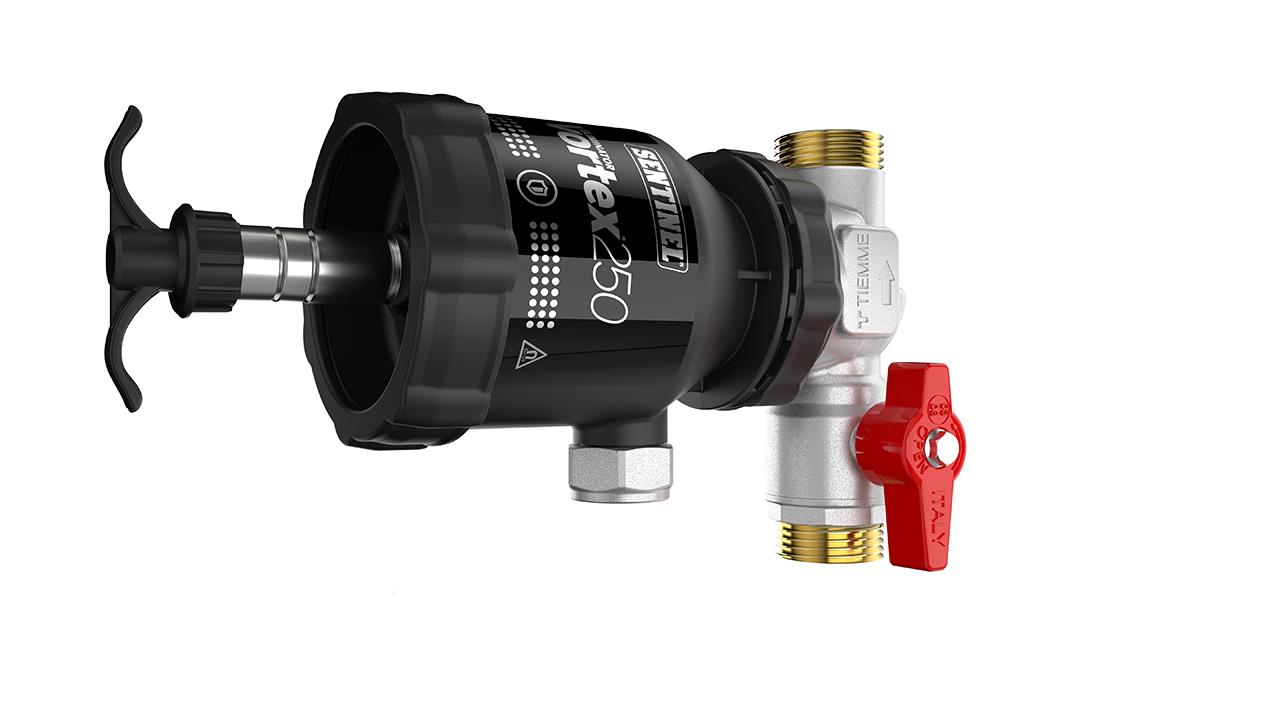 Having listened to market feedback, the company says it has designed a horizontal, front facing filter which can be fitted in the most restrictive of spaces while delivering fantastic debris capture.

Vortex250 builds on the success of the range and incorporates some new features, such as an integrated isolation valve, avoiding the need for a strip down service; and a front-facing magnet, ensuring that where space is at a premium, no further space is required, as the magnet can simply be removed at the front.

Considerations of install and service are retained, with the possibility of installation in minutes and service in mere seconds due to the filter design.

UK Commercial Director, Dan Wilson, said: “This product launch is a fantastic step forward by Sentinel. The innovative design of the filter, as well as its ultra-compact size combined with optimised debris capture, supported by a powerful magnet, mean this filter is a great option for many situations.”

Two variants are available, covering Sentinel’s core markets. An OTC version is available as part of the Protection Pack, bundled with a 1l bottle of Sentinel X100 inhibitor. For contract and social housing markets, bespoke SystemCare packages are available.