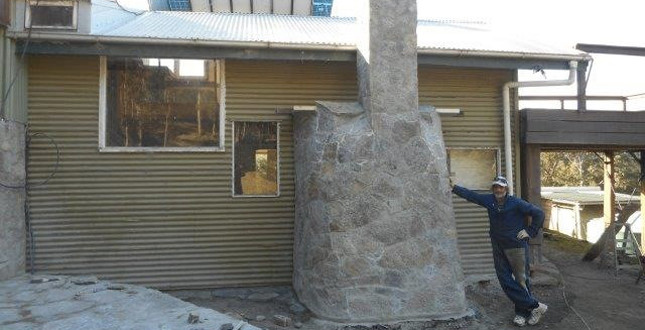 Schiedel has branched out of its European stronghold and found an unlikely home in an eco-house in the Australian Bush, on the edge of the Wadbilliga National Park in New South Wales.

Installed by Keith Mitchell from the Volcanic Chimney Company in Wales for his friend, Aggy Marsham, the open fire and chimney system is a recent addition to the home Aggy has built from scratch on his 100 acre ‘block' in the National Park.

Schiedel arranged shipment of the Magnum Firechest and Isokern pumice system to the home, where Keith constructed the fireplace and chimney during a ‘busman's holiday', using locally sourced granite slips to ensure the finished product was in-keeping with its surroundings. One of the biggest challenges of the build was unearthing a nest of deadly brown snakes.

Following commissioning, Aggy said: "I've lit the fire a couple of times; bloody awesome! No smoke in the room and can chuck any old wood on - don't even need to chainsaw the wood if I don't want to! Really pumps out the heat well into the room. Fantastic!"