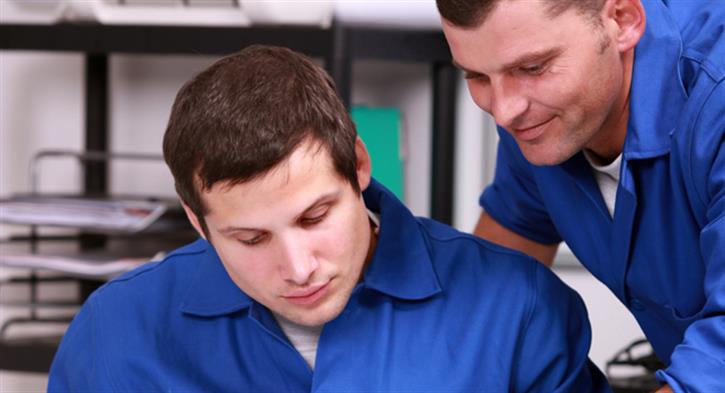 Recognising the need to attract young people into the industry, businesses nationwide are gearing up to National Apprenticeship Week, which runs from 14 to 18 March 2016.

Checkatrade is encouraging young aspiring tradespeople to consider an apprenticeship with one of its vetted and certifed members.

With over 95% of Checkatrade’s members anticipating a greater workload in 2016 and 61% of members expecting to create jobs in the near future, it is an exciting time for aspiring apprentices, says the company.

With a government survey indicating that more than 80% of apprentices feel their career prospects have improved, apprenticeships are a fantastic opportunity for those aged 16 to 24 who want to earn a wage while learning their trade within a structured programme.

Apprentices can also be a valuable member of a company’s team, offering a great model for transferring skills from one generation to the next.

“Our apprentice has just finished his third year,” explained Checkatrade Trading Standards Approved member Mike Cipriani, from Gas Secure Ltd, Mansfield. “He is now able to undertake 90% of install work by himself with supervision. From day one we ensured that he was treated as a trainee and he has responded with an incredibly positive attitude.”