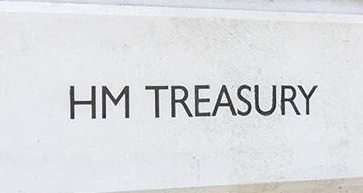 The Treasury is being urged to "green-check" all its decisions after a major investigation into its approach found it put short term priorities over long term sustainability – potentially increasing costs to the economy in the future, and harming investor confidence.

The report, which highlighted the recent propensity to cancel or change long-established environmental policies with little or no consultation with relevant businesses and industries, was released by the Environmental Audit Committee on 17 November.

"The Treasury is highly influential and uniquely placed to ensure the whole of government works to promote sustainability. But we have seen considerable evidence that it fails to do this," said Report Chair Mary Creagh MP.

"We heard multiple examples of where the Treasury has ridden roughshod over other departments’ objectives, changing and cancelling long-established environmental policies and projects at short notice with little or no consultation with relevant businesses and industries. These decisions caused “shock” and “uproar” among sectors affected, with some businesses describing them as “devastating”. All these changes, taken together, have had a damaging effect on investor confidence," the report summarised.

The report further calls for the reinstatement of the Zero Carbon Homes policy, which was cancelled in July 2015.

John Alker, campaign and policy director at the UK Green Building Council, said: “The Committee is absolutely right to highlight the damaging effects of the ill-conceived deregulation we have seen from the Treasury in recent years.

“The scrapping of Zero Carbon Homes was an example of politically motivated policy-making. It showed not only an irresponsible disregard for the steps we need to take to tackle climate change, but also overlooked the years of investment and preparation made by thousands of companies across the construction supply chain. This volatility in the policy landscape is highly damaging to industry, jobs and investor confidence.

“The new government has an opportunity to draw a line under this, and in the future base policy making on clear evidence. We echo the Committee’s call to reinstate the Zero Carbon Homes policy and urge the government to ensure that, in its efforts boost housebuilding, it maintains focus on delivering high-quality homes fit for the future. New homes should keep bills low for households, avoid placing unnecessary burden on national energy infrastructure and should not need to be expensively retrofitted in 15 years’ time in order to meet our carbon targets.”