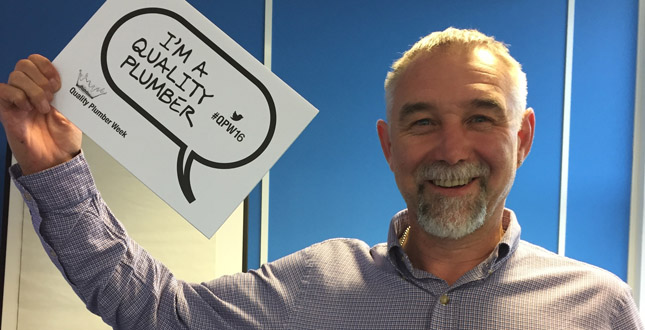 The Association of Plumbing and Heating Contractors (APHC) is thanking members of the industry for participating in its third ever Quality Plumber Week (QPW), which was the most successful in the event's history at promoting the important competent plumbing and heating installers play in our communities.

Running from 3 to 9 October to coincide with what is traditionally the busiest time in the year for installers, QPW invited the industry to celebrate the UK's professional plumbing and heating engineers and to reduce the numbers of rogue tradespeople.

During the week, APHC said it received more support from industry than ever before, with members using downloadable resources from the QPW area of APHC's website to pledge their support and shout about their quality. The Association also received a record number of entries for its trade competition, with many installers retweeting APHC posts and sharing #QPW16 on Twitter and Facebook.

John Thompson, chief executive at APHC, said: "We would like to thank everyone who took part in the week for helping to make it better than ever before and it was great to see the lively debates the campaign generated on topics such as women in trades, training and apprenticeships, and the importance of quality plumbing work. We hope that members of the industry will continue to promote the importance of good workmanship throughout the year and we look forward to the return of Quality Plumber Week in 2017!"