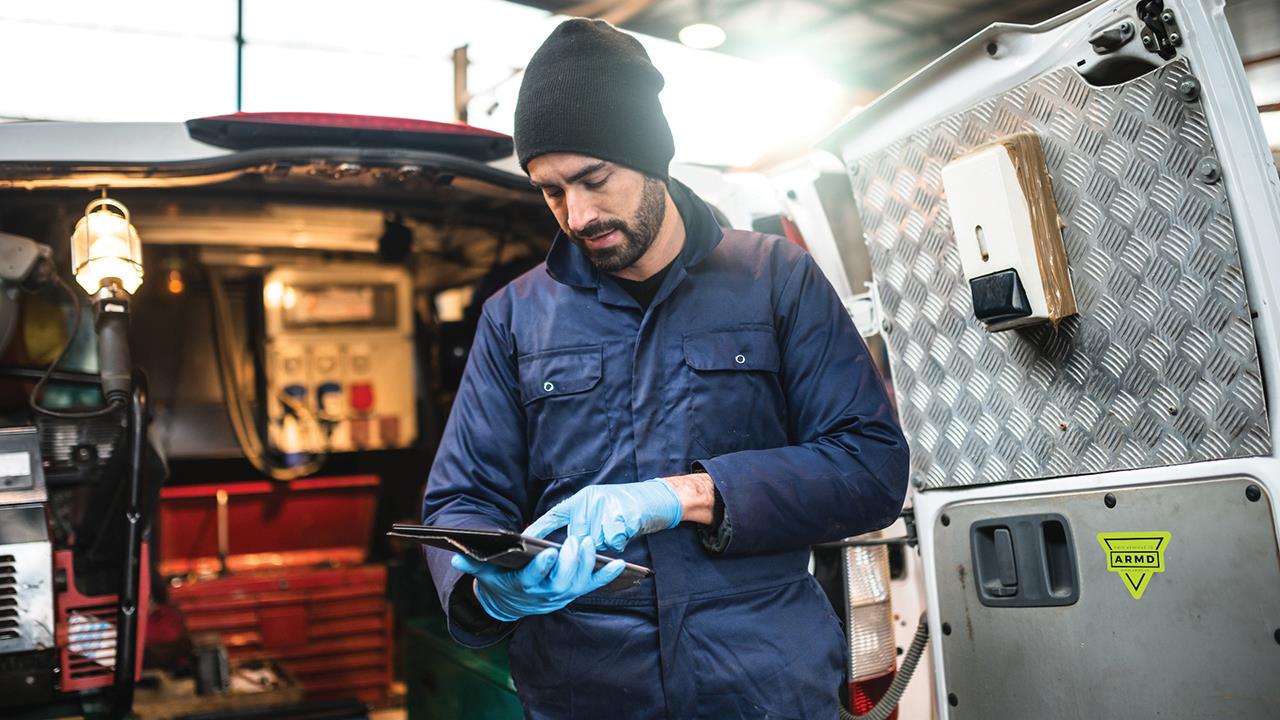 Stephen Holland, co-founder of ARMD, explains how heating and plumbing engineers can protect their business from the threat of tool theft.

When Greater Manchester Police recently released a photo of stolen tools recovered from just one thief, the true scale of the tool theft plague becomes clearer.

Over 150 tools, many of them probably stolen from heating and plumbing installers, were ready to be reunited with their owners. But the sad fact is that this repatriation may have come too late – some of their owners would already have been put out of business by the theft.

Despite some brilliant campaigns and lobbying by the trade, tool theft is not going away. Therefore, protecting your business has to be a priority, and the best way to do that is to get insured. This may seem obvious but, worryingly, research shows approximately half of all tradespeople do not have insurance to cover them if they suffer a tool loss.

Even some tradespeople with insurance have been unable to claim after falling foul of a thief, because they were unaware their policy demanded they take tools out of their van at night – and that was when the theft had occurred.

Talking to heating and plumbing professionals, it becomes clear the industry needs easily accessible and, importantly, dedicated protection – one that is fit for purpose so you do not have to take tools out of your van at night, but are covered and protected 24/7, with tools in transit.

The idea for ARMD came at our last company, which was an innovator in smart home security technology. When we kept getting asked by tradespeople if they could put our smart technology into their vans to better protect them, we dug deeper, speaking to hundreds of tradespeople, and realised the extent of the problem within the industry.

According to the findings of our own internal research, there is one tool theft every 23 minutes, which is around 23,000 a year – and that’s only those that are reported. Settlement of these claims can take weeks or sometimes months.

More than half of tradespeople in the UK have had their tools stolen, according to a recent Screwfix survey, and on average the daily loss of income is around £350, not including damage to vehicles and reputation.

Ideally, protecting your business against tool theft should involve four key points; record, protect, insure, and replace. If you address these four major pain points then getting back up and running after something bad happens will be much quicker and, hopefully, smoother.

Keeping an inventory of your tools in one place is useful for audits, accounting and insurance. There are now easy ways to do this; for instance, when you buy a tool in the ARMD app, it appears in the inventory automatically, meaning you can claim digitally should you need to.

Tool insurance should be made easy and accessible to all tradespeople, so if you suffer a loss, you can get back up and running as quickly as possible.

For instance, if a claim should be made using ARMD, a Claim Report can be automatically submitted to the insurer from the app, so there is no need to go through the tedious, cumbersome, and stressful process of talking to a claim handler.

Consider security products for your van.

You can protect your tools with a range of options, such as powerful locks, alarms, and even smart sensors that automatically call you when someone tries to break in.

When we spoke with tradespeople, it was clear that getting back out to jobs as quickly as possible was a major priority. To tackle this specific issue we made it easy to insure any tools bought in our tool shop as they automatically get added to a tool inventory, making any future claims easier.

Heating and plumbing installers deserve the best protection against thieves, and we are proud that our products keep the trade working – tradespeople are the backbone of our country and no one should be left out of work because of tool theft.

ARMD INSURANCE TOOL THEFT TOOLS
Tweets by HVP
Make sure you’re on top of changes in the industry, and sign up for free to receive your monthly copy of HVP and our weekly email newsletter
SUBSCRIBE TO NEWSLETTER
SUBSCRIBE TO MAGAZINE