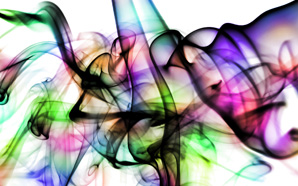 More than half of homeowners and private renters in England and Wales would take a tradesperson’s advice about which type of carbon monoxide (CO) alarm to buy, according to a recent survey conducted by YouGov for Honeywell.

Seventy-six percent of respondents said they would follow the tradesperson’s recommendation, while the same percentage said they would buy an alarm from an engineer servicing an appliance in their home if he or she offered to fit it and the price was reasonable.

Meanwhile, of the 2,882 respondents who acknowledged knowing what CO is, only 47% have CO alarms and just 49% have regular servicing of their domestic appliances with the potential to emit CO.

“People are not protecting themselves, even though they know the dangers of this killer gas,” said Andrew Thompson, vice president and general manager for Honeywell Analytics EMEA. “If we are to avoid more tragic deaths, there needs to be greater public awareness of the importance of installing fully accredited and tested carbon monoxide alarms.”

Barry Sheerman, Member of Parliament for Huddersfield and co-chair of the All-Party Parliamentary Carbon Monoxide Group, said: “The number of homes with alarms may be higher in this survey than industry expectations, as it does not include public sector and social housing, but carbon monoxide poisoning is a great danger and thousands of people are treated for it in hospital every year. We need carbon monoxide alarms to be installed in all homes now, preferably by professionals who have a role to play in protecting the public.

“I would urge any householders without carbon monoxide protection to contact a Gas Safe Registered tradesperson and have a CO alarm with a Kitemark fitted immediately.”