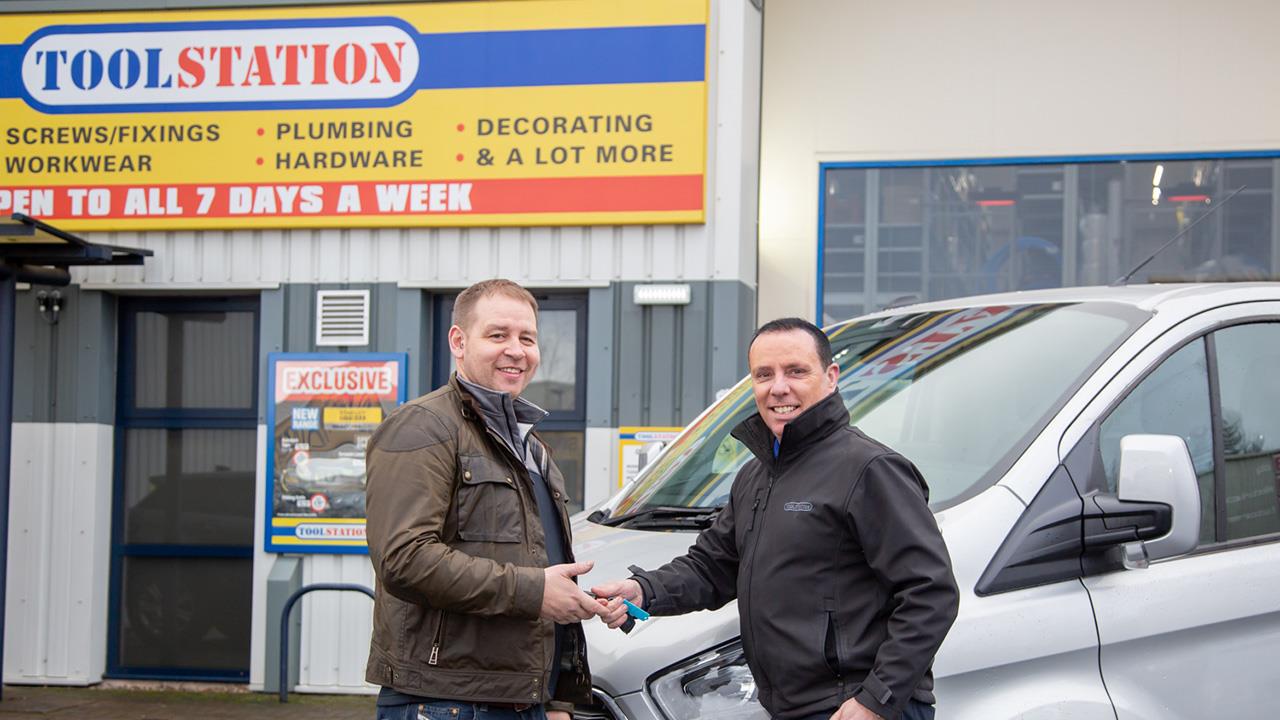 Alan Fitzgerald, a plumber and electrician from Wolverhampton, has won first prize in Toolstation’s national competition to win a Ford Transit Custom van worth over £26,000, plus £4,000 worth of Makita power tools.

The sole trader, a former maintenance engineer who retrained following redundancy and now works as an electrician and plumber fitting kitchens and bathrooms, collected the keys to his new van from Pete Walker, Divisional Director for the Central Division at Toolstation’s Dudley branch.

Reflecting on his win, Alan expressed his surprise when hearing he’d scooped the top prize, saying: “It came as a real shock! I’d seen a poster in the Dudley branch advertising the competition so entered while I was waiting to collect an order, and then just forgot about it because I thought the van was unattainable. When I got the voicemail saying I’d won I had to replay the message three times! You never think the winner will be someone local, let alone yourself.”

Over 110,000 people entered the competition, which Toolstation runs each year as a thank you to its customers. Previous prizes have included Milwaukee-branded BMW superbike and a set of DeWalt tools.

Pete Walker congratulated Alan on his win and encouraged customers to keep an eye out for more competitions this year, saying: “Our ‘Win a Van’ competition always proves incredibly popular with our trade customers and is our opportunity to say thanks for choosing Toolstation.

"In the past 12 months we’ve opened 67 new branches, bringing our total to over 400, and introduced over 3,000 new products which are proving to be a big hit with the trade. We’re predicting further growth this year, so look out for more competitions in branch and online!.”

COMPETITION PLUMBER TOOLSTATION VAN
Tweets by HVP
Make sure you’re on top of changes in the industry, and sign up for free to receive your monthly copy of HVP and our weekly email newsletter
SUBSCRIBE TO NEWSLETTER
SUBSCRIBE TO MAGAZINE