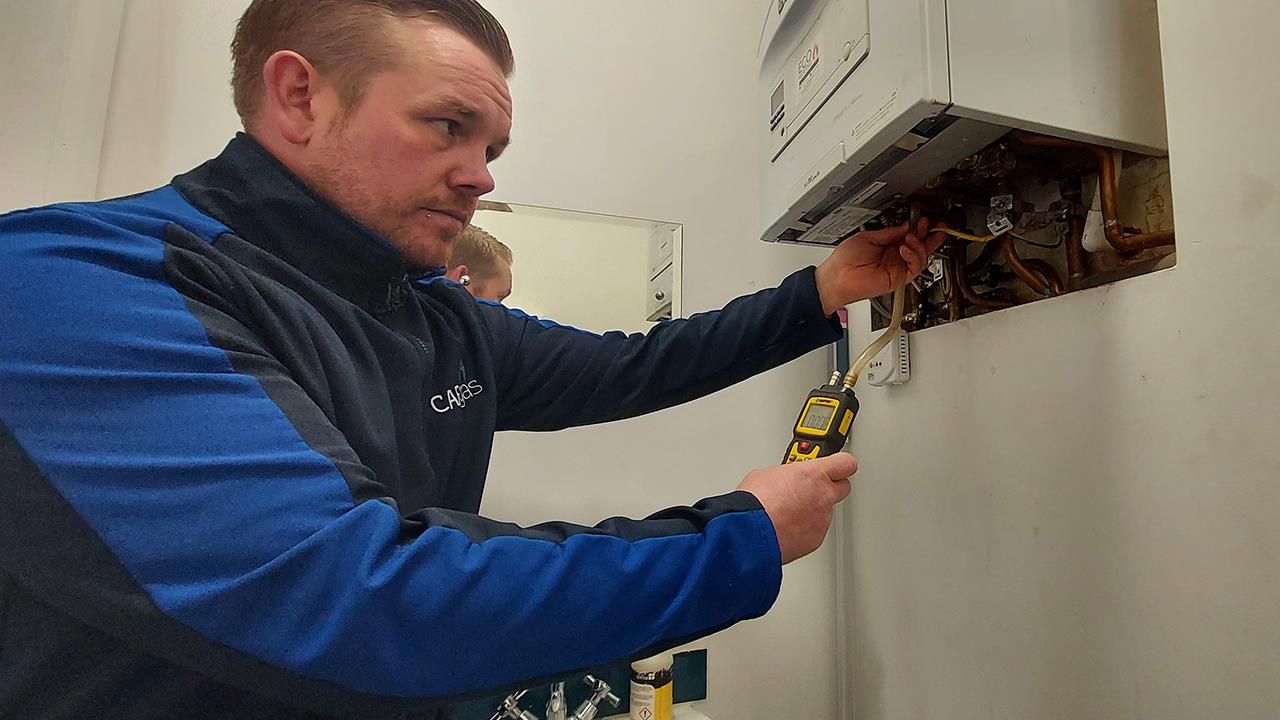 Plumber James Hunt is turning the profits from his new business, Cafgas, into a lifeline for those in need.

Run as a community interest company (CIC), Cafgas will pump money into good causes across North Wales and Cheshire including feeding the homeless, reaching the lonely and disabled, and helping armed service veterans.

Every penny of profit from commercial work fitting new bathrooms, installing, repairing and servicing boilers and issuing gas safety certificates will pay for the outreach work that in-house community organisation Nanny Biscuit does.

Cafgas CIC was set up by James, a 41-year-old married father-of-three, last month and has big ambitions.

James, from Shotton, said: “The vision is to become one of the biggest plumbing and heating companies in the North West and North Wales within five years with all of its profits helping the most vulnerable in our community: the homeless, the elderly, armed service veterans and hungry families.”

Nanny Biscuit was set up in 2018 in memory of James’ grandmothers Jean Simmonds and Else Hunt who used to sneak him biscuits when he was growing up.

Since the start of the pandemic Nanny Biscuit and its army of 50 volunteers have helped thousands of elderly, vulnerable, or struggling people across North Wales and beyond.

The organisation has provided hundreds of food parcels from its community centre warehouse, made hundreds of buddy phone calls through its phoneline, provided 30,000 meals for the homeless and organised socially distanced care home music concerts.

Its national fundraising initiative ‘A Grand Week in Wales’ was endorsed by Deputy Minister Jane Hutt and Game of Throne star Jerome Flynn as well as a host of Welsh athletes and celebrities.

James said: “We’ve helped people whose food cupboards were completely bare during lockdown including a man who hadn’t eaten in three days. That’s why we want to future-proof the good work that Nanny Biscuit does for years and decades to come by funding it through Cafgas CIC profits.

“When someone gets one of Cafgas CIC’s plumbers to fix a leaky boiler or fit a new washing machine that customer is giving something back to their local community because their bill helps pay for the wide range of brilliant outreach work that Nanny Biscuit does seven days a week, without a cost to them.

“As well as looking after domestic customers we think it has huge potential for the likes of letting agents, buy-to-investors and housing associations because hiring Cafgas CIC to do their plumbing work, gas safety certificates and maintenance is an easy corporate social responsibility (CSR) win for them.”

James qualified as a plumber in 1999 and served in the Mercian Regiment for six years before being medically discharged due to an injury sustained on duty.