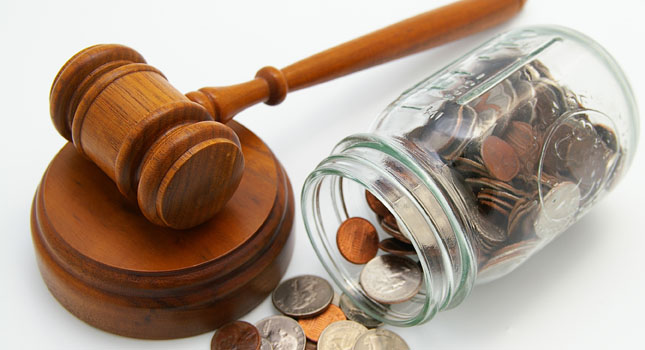 Two tradesmen have been fined after the lives of homeowners were put at risk when one of them illegally installed a boiler at a home in High Wycombe.

The homeowner had contracted Anthony Shaw, who trades as Quality Building Services, to extend his home in October 2012, High Wycombe Magistrates heard on 11 March.

Part of the work included moving a boiler from an airing cupboard to the new extension, and Mr Shaw recommended Darren Bridgen be subcontracted to carry out the gas work, but failed to check that he was Gas Safe registered.

Mr Brigden later removed and re-installed the boiler between 1 and 8 October 2012 and the extension work was completed in July the following year.

The construction was then inspected by the local authority who informed the homeowner he needed a certificate for the re-installation of the boiler. When he contacted Mr Shaw to get a certificate, Mr Shaw got in touch with Darren Bridgen, who told him his Gas Safe registration had expired.

A Gas Safe Register engineer inspected the boiler and condemned it as ‘immediately dangerous’ and the Health & Safety Executive (HSE) launched an investigation.

HSE established that Mr Brigden had not been a member of the Gas Safety Register when the work was undertaken and that Mr Shaw had failed to fulfil his duty to ensure the work had been undertaken by a registered engineer.

Anthony Shaw, 47, from Aylesbury, was fined £2,000 and ordered to pay £550 in costs as well as a £120 victim surcharge, after pleading guilty to a breach of the Gas Safety (Installation and Use) Regulations 1998.

Darren Brigden, 33, also from Aylesbury, was fined  £1,300 and ordered to pay £550 in costs as well as a £120 victim surcharge, after pleading guilty to a breach of the same regulations.

“Businesses should make reasonable efforts to obtain evidence that people they intend to use to carry out gas work, either under contract or on their own behalf, are members, or are employed by a member, of Gas Safe Register,” said HSE inspector Stephen Faulkner.

“Mr Bridgen was perfectly aware that he was not Gas Safe registered, even though he had been so before. It is extremely important that gas work is only undertaken by a person who has up to date competencies and holds current registration.

“If gas appliances, such as boilers, are not properly installed there is a risk of fire, explosion, gas leaks and carbon monoxide poisoning.”