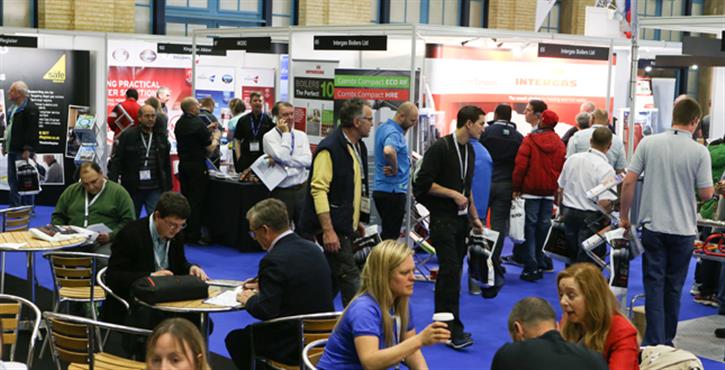 “An exceptionally busy show with plenty of leads and enquiries,” said Martyn Andreoli, Saniflo’s stand manager for PHEX+ 2017, who was delighted with a packed out stand for the duration of the two-day show at Alexandra Palace in London.

The show was the first public outing of the new Saniflo UP range of pumps and macerators, which was launched a few weeks before the show, which took place on 17 and 18 May. Visitors to the stand were able to get hands on with the new products and find out more about the technological upgrades from the Saniflo sales team.

“Customers were particularly keen on the new access points, but also happy to know that the position of the discharge pipes and the footprint of the units was exactly the same as the outgoing range,” said Mr Andreoli.

Each day at the show, Saniflo ran a competition to win ‘Fill UP on Saniflo’ fuel vouchers. This proved to be hugely popular and all those that entered were given a Saniflo water bottle and energy bar to take home. Installers and plumbers will be now invited to attend the Saniflo roadshow, which is taking place throughout the summer at nationwide merchants. A working display of the new units and several static units are being showcased along with two of the popular Kinedo cubicles; the Eden and the Kinemagic.