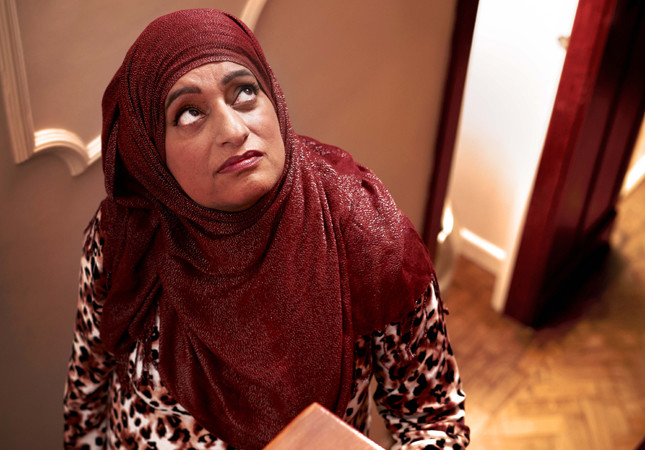 Almost one in five homeowners in the UK blame a range of household problems – from creepy creaking doors, cold patches and dripping taps, to electrical equipment switching on by itself and unexplained noises – on the paranormal.

A spooky study of more than 2,000 UK homeowners, commissioned by HomeServe, revealed that 18% of people blame a range of household and DIY problems on the supernatural or unexplained.

A further 25% said they weren’t sure if the household problem was caused by ghostly goings on or not, but thought it was spooky anyway.

Although 12% turned to a home assistance partner like HomeServe to become their own personal ‘ghostbusters’, more than one in three (35%) have simply left the dreaded DIY disaster alone, while another 1.5% admit turning to an exorcist.

The ghastly goings on caused 9% to want to leave their homes until the problem was fixed, 18% admitted that they and their pets became very nervous and a further 4% simply couldn’t sleep.

The frightening findings come as more than half of homeowners – some 53% – admit to having seen or felt ghosts in their homes.

“The results of this study are certainly hair-raising,” said HomeServe Membership CEO Greg Reed. “It’s fascinating that so many people blame simple household problems on the supernatural or unexplained. So often we find that’s not the case and it’s usually much easier to fix.

“We know that many common household problems – broken boilers, blocked drains, cold patches in our homes – can be a personal nightmare when they strike. But our ghostbusting engineers usually have the answers and can keep people’s lives moving after a quick visit.”

Only recently, HomeServe customer Nasreen Feroze (pictured) experienced a frightful flickering of her electrics on the upper floors of her home.

Despite fearing the house was haunted, Mrs Feroze called her HomeServe engineer who solved the problem within minutes.

“The house was pitch black and the flashing and flickering of our lights on the landing gave me the heebie-jeebies,” said Mrs Feroze. “But thankfully the HomeServe engineer busted my electrical ghosts and advised me to switch to energy-saving LEDs. Now my home is comfy rather than spooky.”

The main household problems UK homeowners put down to the supernatural or unexplained in the 2017 HomeServe Halloween study were:

14% - TV/radio/electronic devices switching on by themselves

12% - Doors creaking/opening on their own

4% - Wind howling in and around the home