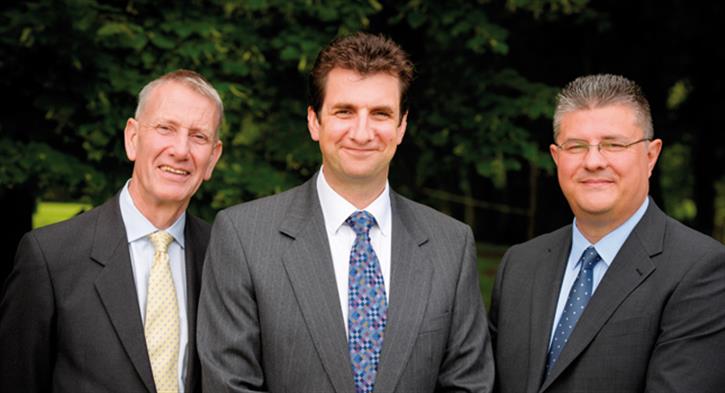 Outgoing director general of the Oil Firing Technical Association  (OFTEC) Jeremy Hawksley urges industry to ‘keep the faith’ as he retires after nine years at the helm.

He was speaking at OFTEC’s annual conference and AGM, which also marked 25 years of the trade association raising standards in the heating industry.

“Over the past 25 years, OFTEC has worked tirelessly to promote the highest standards, championing the industry at both a national and international level,” said Mr Hawkins.

“I firmly believe that without OFTEC, oil heating would be long gone in Great Britain. We have risen to some major challenges, most notably a seven year battle with the European Commission to obtain realistic nitrous oxide limits within the Energy Related Products Directive – which we won in 2014.”

Mr Hawkins also recognised the industry has been extremely fortunate.

“The continuation of low crude oil prices has prompted a revival in fortunes with oil remaining by far the cheapest home heating fuel. Last year boiler sales were up 9% on 2014 levels and this April boiler purchases increased by 28% compared to April 2015. We also saw a similar rise in tank sales in 2015,” he explained.

“Our job now is to look forward to the next 25 years and ensure OFTEC remains at the forefront of the industry and a quality benchmark for all.”

Key achievements over the past year include the completion of OFTEC’s expanded range of registrations, which now covers solid fuel stoves, biomass, heat pumps and solar thermal in addition to oil and Part P electrical. OFTEC’s registration scheme now has over 8,500 technicians on the register.

Working with the Federation of Petroleum Suppliers (FPS), OFTEC is also to launch a new tank awareness campaign to encourage consumers to look after their tanks and consider replacing the estimated 400,000 single skin models still in use, which are over 20 years old and beyond their design life.

Mr Hawksley gave his own predictions for the future of oil heating in the UK over the next 25 years, stating that “rumours of the death of oil heating are greatly exaggerated.”

Despite the efforts of various government incentives to increase take-up of renewable technologies, especially in off-grid areas, oil heating has gone largely unaffected.

While Mr Hawksley acknowledged a number of threats to oil heating, including energy labelling and the risk of oil price increases, he remained positive that the current low oil price and general disenchantment with renewable heat policies mean oil heating is still a viable option for much of the UK.

When speaking about the future, he did recognise there will be a gradual shift towards renewable heat and a move away from fossil fuels, but maintained that different homes need different approaches, and is confident the UK will still have in the region of 1.4 million homes on oil in 2041.

He did warn, however, that if any of the big manufacturers decide they’re pulling out of the market that could have a bit of a “domino effect”. While the sector may come under attack from green policy makers in the coming years, manufacturers have got to keep on producing the product and people have to keep on installing it, he argued.

Three areas he feels industry should focus on are replacing aging tanks, increase the rate of condensing boiler replacements, and shaping future policy.

“We’ve got to get back on the pitch in terms of policy making on heat, and I think some of the things that have happened over the last year or so in the UK show that we might have a chance of doing that.”

He also advocated once again the need for a condensing boiler scrappage scheme.

Incoming CEO Paul Rose said of the future: “OFTEC will always work hard in the best interests of the industry. Our mission is to listen to and understand the needs of our 8,500 plus technicians and 1.4 million oil using households across Great Britain to ensure we continue to provide the best, progressive support and services going forward.

“My role now is to build on the huge and valued contribution Jeremy Hawksley has made to OFTEC’s progression both in the UK, Ireland and Europe, and I look forward to taking OFTEC onwards into the next 25 years.”