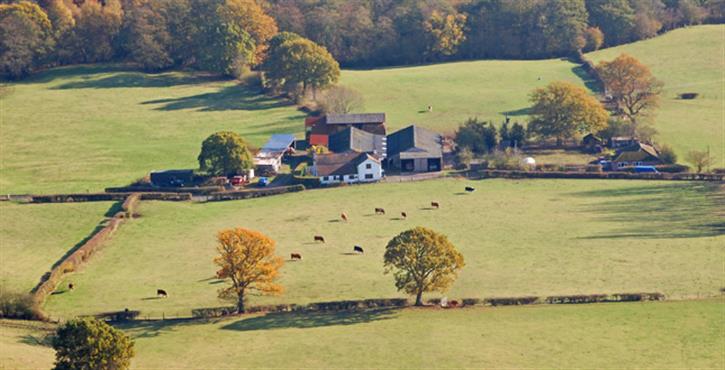 OFTEC has submitted recommendations to the Energy and Climate Change Select Committee calling for a total re-think on the UK's low carbon heat strategy to instead focus on incentivising solutions that are simple, affordable to install, impose limited disruption on the homeowner and offer competitive running costs.

In the document, provided in response to an inquiry about home energy efficiency and demand reduction, OFTEC highlighted that the 100% renewable heating solutions being pushed by government can provide a very real and workable solution for some properties such as newbuilds, and will undoubtedly play a role in the UK's future heating mix. However, in reality, these technologies are currently too expensive and impractical for the vast majority of UK households to realistically consider installing.

OFTEC believes this is why the flagging domestic Renewable Heat Incentive (RHI) scheme has failed to make a significant impact on carbon reduction, as it focuses on switching consumers to 100% renewable technologies and bearing the high upfront cost, rather than encouraging a more pragmatic, stepped transition to low carbon heat.

OFTEC director general Jeremey Hawksley explains: "OFTEC is committed to working towards a low carbon future for heating and recognises that 100% renewable technologies can work very well in some properties.

"However, the poor energy efficiency of the UK's housing stock, particularly older, rural, off-grid homes, plus the high upfront cost of renewable technologies of between £9,000 and £17,000, means the majority of UK households just aren't in the position to make this large leap towards wholly renewable heating, even with incentive payments. A change of approach is clearly needed."

Cost will remain a key driving factor for most people and the current low price of oil has made the upfront cost of switching to renewables less attractive for many of the off-gas-grid households who currently use oil systems. According to latest figures from the Sutherland Tables, the annual cost of heating an average three-bedroom home on oil is now just £793 compared to £1,453 with an air source heat pump.

OFTEC's recommendations to government for a new, more workable approach to low carbon heat include a funded boiler replacement programme to encourage consumers to upgrade to modern condensing models. For an average four bedroom home, the move could reduce annual fuel consumption by up to 24%, cutting carbon dioxide emissions by 33%.

OFTEC has also suggested the promotion of bio-liquids as a low carbon alternative to oil. Following successful trials of B30k – a blend of 30% FAME and 70% kerosene – OFTEC believes all current oil using homes could convert to the bio-fuel with minimal disruption as it can used to power existing boilers, and at a much lower cost than the 100% renewable technologies currently favoured by government.

Mr Hawksley said: "DECC declined to support bio-liquids in the domestic RHI because at the time its policy was to drive all rural households onto wholly renewable heating solutions. Given the low take up of the RHI to date and government's pledge to reform the scheme, we strongly suggest DECC re-examines the case for bio-liquids going forward."

OFTEC also believes any future scheme must have the buy-in of SME installer businesses in order to be successful, something the organisation believes the Green Deal and domestic RHI have failed to achieve.

"Installers can play a crucial role as advocates for low carbon heating solutions but with so much red tape and cost currently involved, many are being put off. These are the people who have most contact with consumers and so could effectively promote energy audits and the installation of energy efficiency measures. We would like to see government harness the power of technicians by including them in the roll out of future policies," said Mr Hawksley.