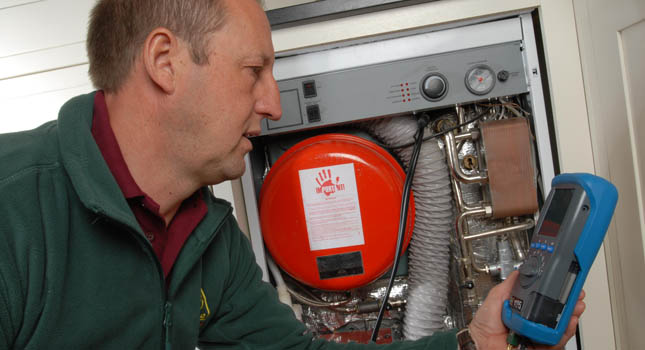 Householders in Northern Ireland are being encouraged by OFTEC to check their eligibility for the boiler replacement scheme following a £2 million investment to extend the scheme until 2016.

The boiler replacement scheme was launched in 2012 to give homeowners the opportunity to replace their current boiler with the assistance of a grant of up to £1,000, and has replaced over 19,700 old and inefficient boilers in homes across Northern Ireland since its introduction.

The incentive scheme has now been extended until March 2016, with an additional £2 million available to fund replacement boilers.

Mervyn Storey, Social Development Minister, said: “The extension of the boiler replacement scheme underlines my commitment to supporting people to reduce their energy costs and to maximise the energy efficiency of their homes. It has helped many households and I want it to help many more.

“As well as helping homeowners, this scheme has resulted in the employment of over 2,000 installers across Northern Ireland bringing additional revenue to the construction industry and wider economy.”

With the closing date for the boiler scheme set for 31 March, 2016, OFTEC is encouraging homeowners who are thinking of replacing or upgrading their boiler to check their eligibility.

David Blevings, OFTEC’s Ireland manager, said: “The boiler replacement scheme is an excellent initiative and it’s good to see so many householders have already signed up to it.

“Over 19,700 homes are benefiting from the boiler replacement scheme and having more efficient home heating, but we know there are still many homes across Northern Ireland with oil boilers over 15 years old. We are urging those householders to look into their eligibility and take advantage of this offer before March 2016.”

Approximately 68% of homes in Northern Ireland use heating oil as their primary heating source but many are being heated by older, less efficient boilers. The new condensing oil boilers being fitted under this initiative can improve energy efficiency by up to 18% and can mean an annual saving of up to £200 on an oil bill every year thereafter.

A total of £12 million was initially earmarked for investment for a period of two and a half years since the scheme launched in September 2012. The announcement of additional funding will bring the value of the initiative to £20 million.

An OFTEC-registered technician can guide householders through the process of applying for the grant and getting a new boiler. The amount of grant payable to assist in replacing an inefficient boiler for a more energy efficient condensing boiler will depend on total gross income.

By using an OFTEC-registered technician, householders can be confident their home heating installer has been trained, independently assessed and inspected to demonstrate his competence.

The OFTEC logo guarantees that the technician holds all valid necessary certificates of competence to carry out the work, is fully insured and will give the customer a commissioning certificate which complies with local building control requirements.