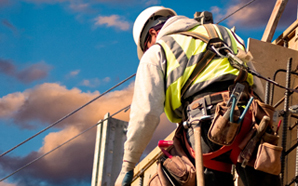 Almost 70% of UK construction firms are more optimistic about their future prospects than they were 12 months ago, according to a survey of over 600 companies.

The report by national law firm Irwin Mitchell also highlighted growing concerns among senior decision makers about the cost of labour - with 61% of construction firms expecting wages to rise during the rest of 2014. According to Irwin Mitchell, this is being partly caused by a shortage of skills in the sector.