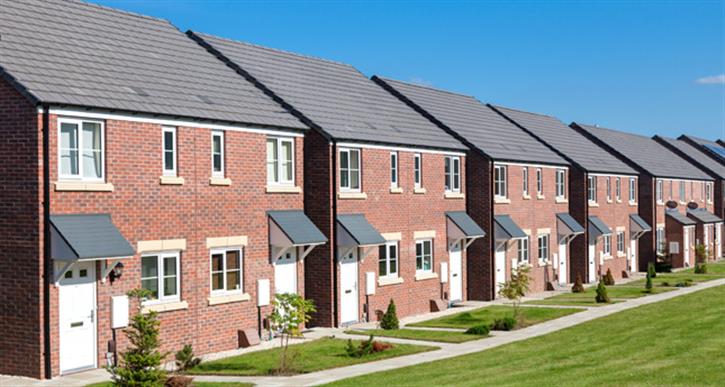 A new home built to the latest building regulations can cost half as much to heat as a Victorian house of the same size, according to a new report by the NHBC Foundation.

The report's findings are based on a survey of 2,000 people who had recently moved into a new home, and were asked what they considered the advantages of new homes to be. Many pointed to the energy efficiency benefits of new homes - the better standards of insulation, enhanced draught-proofing and improved 'airtightness' that help to lower household annual energy bills and improve levels of comfort.

The report shows that energy bills are expected to be around £440 lower in a modern one-bedroom ground floor flat, compared to its Victorian equivalent. For a newbuild four-bedroom detached house, annual bills are estimated at £1,050 - saving £1,400 compared to those of a 19th century house.

Homeowners of newer properties were also drawn to the idea of buying a 'blank canvas' ready to be personalised, free from the nasty surprises of previous owners' DIY. They also commented positively on the contemporary, flexible layouts and modern facilities of new homes such as new kitchens, bathrooms and appliances, covered by manufacturers' warranties.

The report outlines the safety advantages of new homes raised by some respondents - such as mains-powered smoke alarms, interlinked throughout the home, which are standard, and the benefits of safety glazing, safer stairs and the additional security features.

Many of the new homeowners surveyed considered that moving to a new development of like-minded people was also an attraction, allowing the opportunity to make new friends and neighbours in a new community.

Neil Smith, head of research and innovation at NHBC, said: "It is pleasing that homeowners are able to identify the many benefits of new homes, ranging from the obvious advantages of a 'blank canvas' through to the much-improved energy efficiency standards, which lead to greatly-reduced fuel bills, compared with those of older homes.

"Maybe less obvious are the more solid foundations on which new homes are built, which are designed to suit local ground conditions, as well as the safety advantages of modern wiring and mains-powered smoke alarms, interlinked throughout the home."

The full report can be downloaded from www.nhbcfoundation.org.