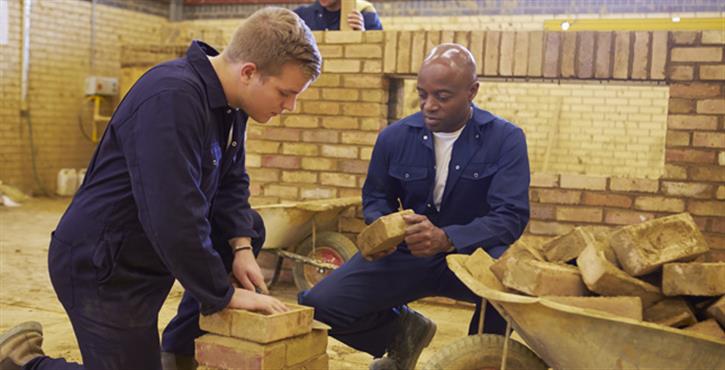 The latest research undertaken by City & Guilds reveals an alarming mismatch between the career expectations of young people and the realities of the workplace.

In general, while many young people are focused on going to university and choosing a field such as education or media where jobs are far and few between, few are considering learning skills in the construction industry and related industries where there are plenty of jobs available.

City & Guilds puts this down to a lack of information available to teenagers and young adults choosing a career path. According to the study, twice as many teenagers are choosing to pursue careers in education than there are jobs actually available in the industry. Meanwhile, only five percent of teenagers surveyed expressed interest in jobs in the construction industry, where there is currently a demand for skilled workers.

Kirstie Donnelly, managing director at City & Guilds, said: “The findings highlight a concerning mismatch between the aspirations of young people and the reality of the jobs market they will be entering. While university is a great path for many people, it’s not the only one. It’s time we told our young people the truth about the best way to get into work and broadened their horizons so they understand the full range of jobs available.”

Among the 3,000 14-19 year-olds surveyed, many were found to be misinformed about the best route to their dream job, with the majority believing that university is the only route to a good career. Moreover, 70% of people claimed to already possess the information necessary to pursue their future career and only 28% considered work experience to be an important factor in securing a job. These findings contrast significantly with recent City & Guilds research, which shows that 78% of employers view work experience as essential in this respect.

In general, it appears that teenagers are tending to pursue careers that are less practical and require a degree, whereas the majority of jobs available tend towards the opposite. For instance, just 3% wanted to work in retail or motorcycle and vehicle repair sectors versus the 15% of jobs predicted to be available in 2022. Participants even went as far as to completely ignore some of the highest paying jobs, such as air traffic controller or research and development manager.

Research from the Royal Institute of Chartered Surveyors (RICS) and the Chartered Institute of Building (CIOB) over the last two years indicates that a shortage of skills in the construction industry is both holding back critical infrastructure work and causing a rise in wages; 6% in 2015 as opposed to the UK’s 2% average. Economists at RICS hope that higher wages will help encourage school leavers and graduates to join the industry, as well as bring back skilled workers who have left.

John Thompson, chief executive at APHC, said: “These important findings from City & Guilds reveal an urgent need to emphasise to young people the value of apprenticeships as a route into a rewarding lifelong career. With skills gaps experienced across many of the trades we also need to do more to communicate to the next generation the great salaries and huge number of career opportunities offered by sectors such as plumbing and heating, which will always require a skilled workforce.”

Enquiries by the CIOB for a 2014 report made it apparent that there is a widespread enthusiasm for training among construction companies and many were on a ‘personal crusade to increase training for young people’. However, a 2014 City & Guilds report discovered that 42% of businesses in the industry did not currently employ apprentices and 56% did not plan to take on any apprentices in the next 12 months.

It is clear then that this side of the issue is one of scale, both in the amount of businesses interested in making an effort to bring young people into the industry and also in the scale of the efforts made by the companies that are willing.

2015 APHC CAREERS CIOB CITY CITY AND GUILDS EDUCATION FINDINGS JOBS MEDIA NEW NEW CITY REPORT RESEARCH RICS TEENAGERS
Tweets by HVP
Make sure you’re on top of changes in the industry, and sign up for free to receive your monthly copy of HVP and our weekly email newsletter
SUBSCRIBE TO NEWSLETTER
SUBSCRIBE TO MAGAZINE