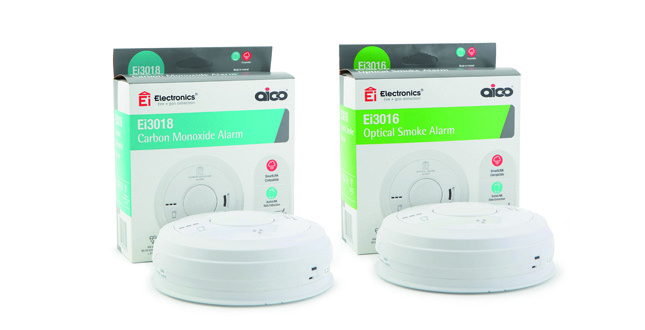 Aico has launched the new 3000 Series of fire and CO alarms. This series detects both fire and CO and includes, for the very first time, a Multi-Sensor Heat & CO Alarm, providing whole property coverage from one Series.

“The 3000 Series represents one of the most significant advances of the Aico product range in recent years,” said Aico Managing Director Neal Hooper. “It’s the coming together of the very latest alarm technologies with Aico’s reputation for unbeatable reliability and quality. We refer to the 3000 Series as having ‘intelligent simplicity’ - we’ve built intelligence in to every alarm whilst ensuring simplicity for every install.”

Unique to the 3000 Series, the Ei3028 Multi-Sensor Heat & CO Alarm is designed to be an efficient solution to protecting residents from both fire and CO.

All alarms in the 3000 Series are backwards compatible with existing Aico products, including theEi450 Alarm Controller and Ei414 Fire/CO Alarm Interface.