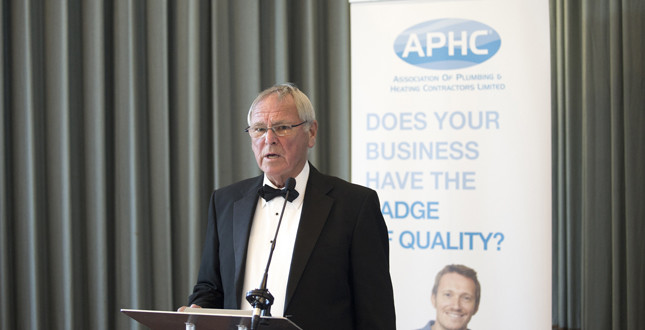 In his inaugural speech as the President of the Association of Plumbing & Heating Contractors (APHC), Graham Beevers focused primarily on reforming apprenticeships and an employer-led approach.

In his speech, Graham explained how the APHC has been working with the Chartered Institute of Plumbing and Heating Engineers (CIPHE) to revise the industry’s apprenticeship framework as part of the government’s fundamental revision of apprenticeships in England.

“The Plumbing and Domestic Heating Technician Apprenticeship Board took the opportunity to review what is needed to take the industry forward for the next few years in terms of the education and training requirements of craft plumbing operatives.

“To that end, it has been pleasing to see that employers have been able to lead the way in determining the shape of our new look apprenticeship package. Unsurprisingly they have also taken the opportunity to utilise some aspects of apprenticeships that worked well in the past.”

Graham went on to describe the fundamental features of the new framework, which include:

“Perhaps the most controversial feature is to only develop a Level 3 apprenticeship solution, a decision which was underpinned by credible research which indicated that only about a third of those entering the apprenticeship programme progress through to Level 3, whereas around 75% of domestic plumbing and heating engineers are required to regularly work on a range of complex systems and work activities that are only covered at Level 3.

“In a nutshell, the focus of developing this new look apprenticeship has been very much based on the development of an all-round competent individual, which in turn establishes firm foundations for making a significant contribution towards the much needed raising of standards in our industry.”

Graham made his speech at APHC’s President’s Dinner, held at Rookery Hall Hotel in Nantwich on 30 June 2018.