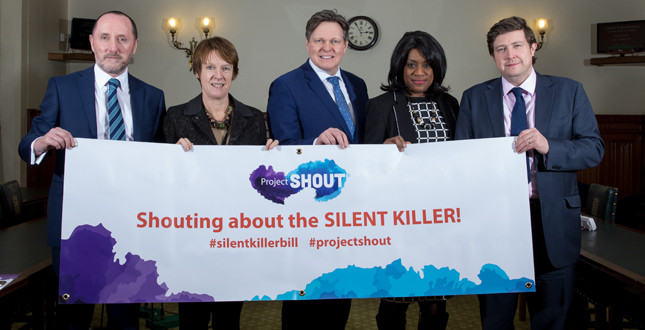 Almost 50% of people renting a private property in the UK have not had a carbon monoxide (CO) alarm installed by their landlord, according to research by campaign group Project SHOUT.

A further 10% of tenants weren’t sure whether they had a CO alarm or not, meaning that nearly 60% of the UK’s nine million private tenants may well be unprotected.

This is despite legislation coming into force more than 24 months ago that demands landlords fit CO alarms in properties where solid fuel burning appliances are present. However, the legislation does not cover gas appliances, such as a gas boiler or gas hob.

This is a huge cause for alarm, says Project SHOUT, as the proportion of renters in the UK is set to swell over the next decade, with half of those under 40 predicted to be living in properties owned by private landlords by 2025.

Eddie Hughes, MP for Walsall North and Project SHOUT ambassador, is proposing a change in the law to ensure it becomes mandatory for landlords to install CO alarms in all properties, not just those with a solid fuel burning appliance. A second reading of Eddie’s Carbon Monoxide (Detection and Safety) Bill is scheduled to take place on 16 March 2018.