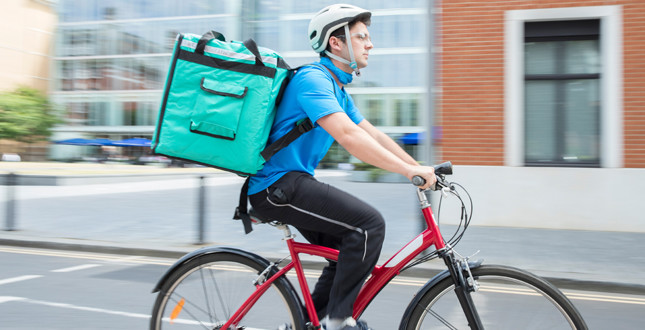 Market networks will increasingly play a role in job management in the ‘gig economy’, says Okappy

It used to be only musicians that were understood as to operate within the ‘gig economy’, usually to be paid in beer and just enough money to get themselves and any equipment back home.

Now, however, it is estimated that almost five million UK workers make at least a portion of their living through the gig economy, drastically changing how people both find and look for work in an increasing number of industries.

Because the gig economy gives businesses access to sub-contractors as and when they are needed, contracts can be made on a temporary or one-off basis. Sub-contractors carry out assigned work, receive their payment and then it’s back to the market in search of their next ‘gig’.

This collaborative way of working allows businesses to benefit from the abundance of skilled, specialist workers out there that are not in their employment.

This is where market networks come in: the software-as-a-service tools allowing businesses to navigate their way through marketplaces online as though they were looking at a social networking site such as Facebook.

Market networks connect businesses with their customers and sub-contractors. In this respect, they are similar to on-demand smartphone apps such as Uber and Deliveroo that connect their gig workers with customers—except that the users of market networks are not anonymous, nor are they particularly disposable to one another either. On the contrary in fact, market networks are used to improve transparency and build long-term relationships.

Market networks are typically created with a specific industry or area of expertise in mind. Examples of market networks already operating within the UK include Houzz for home designers, Eventerprise for event planners, and for those in the trade industries such as plumbing and heating there is Okappy.

Businesses using market networks such as Okappy can receive jobs from customers on the online platform as well as add jobs for their employees and subcontractors. Accessible by computer, smartphone and tablet alike, any jobs put through Okappy’s system can be viewed and updated in real time, meaning no duplicating of paperwork or having to chase up workers for reports.

Okappy’s users can also communicate with each other using the integrated instant-messaging system. Connecting in this way helps to ensure that messages are easily retrievable and not lost between emails, texts and forgotten phone calls. It’s all done online, instantaneously and for everyone to see.

One feature of Okappy of particular advantage to those in the trade industries is the ability for workers to upload photos and videos onto the system using the Okappy smartphone app. A plumber, for example, could upload an image of a repair they have just made. Workers with the Okappy app installed on their phones can also be tracked using GPS so that businesses can quickly see who is at what job at any given time.

These features help to further ensure that businesses are kept well-informed on the progress of workers (particularly sub-contractors whose competence they may not yet be aware of).

Finally, once a job has been signed off through Okappy, invoices can be raised at a click of a button. Communications made through Okappy then remain on the system so that any records of activity are kept and errors can be easily spotted.

If businesses are happy with any work carried out by subcontractors then they can contact them again for further work opportunities in the future. Businesses can use market networks in this way to effortlessly tap into the gig economy as they please.

The term ‘gig economy’ has risen to prominence in recent years and often for the wrong reasons. A recent increase in hard-pressed gig workers offering courier and other driving services through apps and websites has resulted in significant issues of work reliability and job security, damaging the reputation of the gig economy.

However, the gig economy existed long before any of the culpable apps and websites did, and many tradespeople have made a stable and successful living as workers in the gig economy for many years.