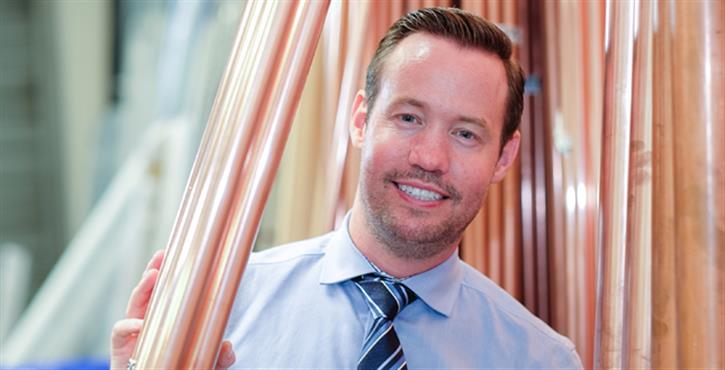 John Savage, managing director of Flame Heating Spares, has been named BQ National Emerging Entrepreneur of the Year, after competing against 12 other entrepreneurs from across the UK.

Mr Savage was also presented with the North East Emerging Entrepreneur of the Year award at the ceremony in Newcastle.

Flame Heating Spares has enjoyed year-on-year growth since its formation in 2011, culminating in a record £6.4m turnover in 2016, which is expected to double in the next financial year.

It operates seven branches in the north east and will continue its expansion throughout the region with further branch openings, with the aim of launching 20 by 2020. The company also announced its intention to launch branches in Scotland, as part of its ambitious growth plans, as well as double its current workforce to more than 50 employees over the next three years.

Mr Savage said: “I am absolutely delighted to have been recognised in the business community and on a national scale, which came as a complete surprise. I wasn’t expecting to win one, let alone two awards, so I am very proud and would like to thank everyone who has supported us.

“I would never have thought Flame would be in such a strong position this quickly, and I am now focused on achieving further growth and increasing our geographical reach throughout the North and Scotland. The future is incredibly bright for the company and I am enjoying every moment.”