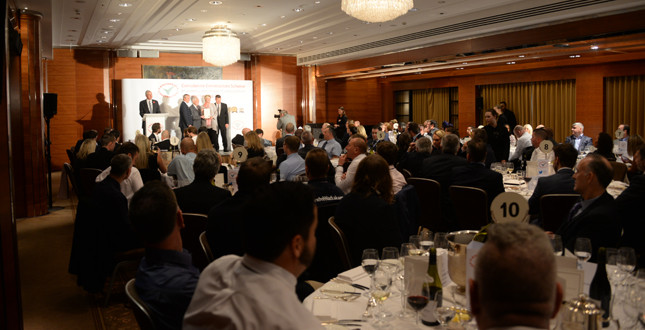 The Considerate Constructors Scheme is getting ready to reveal the UK’s highest performing registered companies and suppliers of 2017.

The Scheme will be hosting the much-anticipated 2017 National Awards on 2 and 3 November at the renowned Four Seasons Hotel in London.

All registered companies and suppliers had their considerate performance assessed against the Scheme’s Code of Considerate Practice between 1 August 2016 and 31 July 2017, as part of the awards selection process.

This year’s ceremonies mark the second year suppliers have been eligible to win National Awards, after Supplier Registration was introduced by the Scheme in 2014.

Steve Radley, Policy Director of CITB (Construction Industry Training Board) and Clare Watson, Chair of the NFB (National Federation of Builders) will be announcing whether each winning company has received a Bronze, Silver or Gold Award for their achievements. Runners-up for the coveted ‘Most Considerate Company’ and ‘Most Considerate Supplier’ Awards will also be announced.

Considerate Constructors Scheme Executive Chairman Isabel Martinson said: “The Scheme is very excited to be hosting its Company and Supplier Awards 2017 in recognition of the persistent and increasingly innovative efforts being made by registered companies to improve their image as well as the image and reputation of our industry.

“From all of the registered companies and suppliers eligible, 115 companies and nine suppliers will be crowned as award-winners for their outstanding commitment to the Scheme and respectful consideration towards the public, their workforce and the environment.

“With many more companies and suppliers registering with the Scheme and raising the bar of considerate construction, competition is extremely fierce. As always, the Scheme is delighted to recognise those who have pushed their performance to the highest levels.

“We hope their achievements will serve as an inspiration and motivation for other companies across our industry, as well as encouraging increased collaboration and truly considerate working practices throughout the sector.”