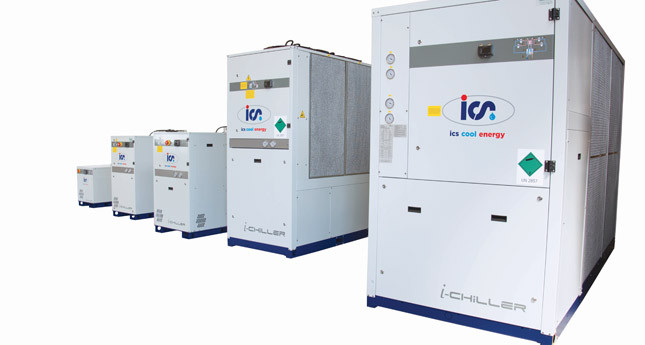 British manufacturers are being urged to upgrade their process cooling systems in the run up to planned changes to the EcoDesign Directive, which come into effect from 1 January, 2018.

The Ecodesign Design Directive, which governs all energy-related products including chillers and industrial coolers, is set to impose strict new Minimum Energy Performance Standards (MEPS) for industrial process cooling systems from the start of next year. The new benchmark for an industrial process chiller will be its Seasonal Energy Performance Ratios (SEPR). Minimum SEPRs have been set, calculated as the ratio between the annual refrigeration demand and its annual electricity consumption.

With process cooling and refrigeration systems currently typically accounting for 60% of a plant's total lifecycle cost, inefficient chillers can contribute to highly inflated utility bills which will ultimately impact on the company's bottom line.

Richard Metcalfe, Sales Director at ICS Cool Energy, said: "The upcoming changes to the Ecodesign Directive outlines stringent new minimum SEPRs for process cooling equipment, which many manufacturers may not be aware of. For example, a high temperature air-cooled chiller with a power rating of <400kW must have an SEPR of 4.5; and those with a power rating >400kW will need to have an SEPR of 5. Come January 2021, these requirements will become even tighter, changing to minimum SEPRs of 5 and 5.5 respectively.

"As such, many of the industrial cooling products currently in operation today will not meet the 2018 requirements. While manufacturers are not obliged to remove pre-existing non-compliant chillers, the long-term cost of running them is likely to be far greater than investing in a high-efficiency solution given the energy savings it is likely to bring."

Richard concludes: "While the changes to performance requirements may sound daunting, many manufacturers may already be using 2018 and 2021-compliant products. For example, our i-Chiller and i-Chiller HE ranges are already compliant with 2021 SEPRs, meaning they will deliver over and above the required efficiency levels due to be mandated in the foreseeable future.

"Ultimately, process cooling equipment has flown somewhat under the efficiency radar in recent years but it is about to be put under the spotlight. I would really urge industrial end-users to get ahead and ensure they embrace 2018 and 2021-compliant process cooling equipment sooner rather than later. Not only will this lead to a significant reduction in running costs, but it will go a long way to ensuring your site is operating as efficiently and sustainably as possible for years to come."