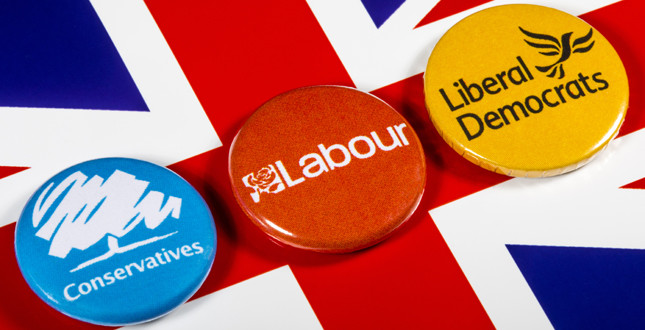 OFTEC has welcomed moves announced in the main party manifestos towards improving domestic energy efficiency and carbon reduction, but says these measures don’t go far enough in supporting the 970,000 oil-fueled homes in England and Wales.

The Conservatives have pledged to upgrade all fuel poor homes to an EPC rating of C by 2030, and offer smart meters to all households by 2020. The Liberal Democrats have promised four million homes will be improved to band C by 2022, with all homes upgraded to this level by 2035, while Labour aims to insulate four million homes and provide interest-free loans for energy efficiency work.

OFTEC fully supports any measures to boost the energy efficiency of homes, particularly for those in fuel poverty, which is more prevalent in rural areas where the majority of oil-fueled households are located.

OFTEC CEO Paul Rose said: “Each party has given a nod towards improved energy efficiency and carbon reduction for UK households and, while the benefits of upgrading homes to EPC rating C should not be underestimated, this is only part of the solution.

“Up until now, government has focused on moving off-grid homes to renewable heating technologies through the domestic Renewable Heat Incentive (RHI) and continues to pour money into this poorly supported scheme which is making little impact because it’s only viable for the wealthy few.”

Mr Rose said that OFTEC’s independently verified calculations show that if the government was to invest the same amount of money into a nationwide boiler replacement scheme as it is into the RHI, many more homes could be helped and carbon reduction would be almost six times greater.

He said: “Boiler replacement would also cut consumer fuel bills and is simple to understand and implement, so take up would be greater. Mandated heating controls, as supported by the Conservative Party, would reduce energy use further.”

Labour’s manifesto also includes plans to invest in ‘low carbon gas’ and move away from fossil fuels by the 2030s, while the Lib Dems want 60% of electricity generation to come from renewable sources by 2030.

OFTEC agrees that ‘greening’ the fuel itself must be considered as a long term, sustainable solution to low carbon heat and is looking at the viability of bringing to market a lower carbon liquid fuel as a replacement to kerosene. However, OFTEC also said the current focus on renewable technologies is actually hindering progress towards achieving the UK’s carbon targets in the short term.

Mr Rose continued: “Concentrating on renewable energy sources is detracting from the end goal, which is to achieve low carbon heat, and we believe prescribing the technology used to achieve this is stalling progress.

“Our vision for the future comprises of a two-step approach, focusing on a boiler replacement scheme up to 2022 and introducing a low carbon liquid fuel as an alternative to kerosene from 2022 onwards. The next step will be to present our solution to the newly elected government and ask for the support needed to help make it happen.”