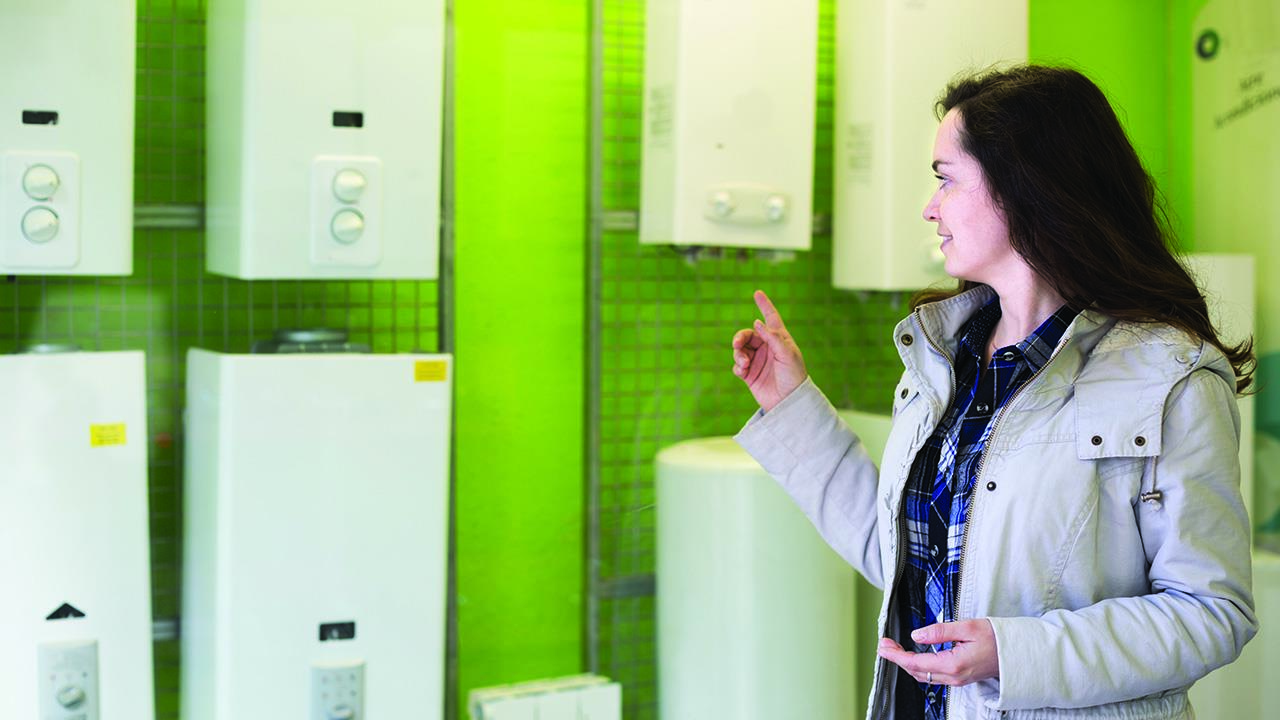 Image: BearFotos/Shutterstock
How can we expect to educate consumers about the best heating systems for the future when the landscape is still unclear, asks Colin Timmins, H&V Portfolio Manager at BEAMA.

"Aren’t gas boilers going to be banned soon?” It’s a question we hear increasingly from friends and family, no doubt stimulated by headlines in the press saying just this. Of course, the answer is more nuanced, and it demonstrates the importance of clear messaging as the UK attempts to decarbonise heating in buildings.

Consumers will have to make the right choices on heating replacement as we move forward, and to do this they will need to feel confident that those choices are the right ones – particularly when this requires a change from the ‘tried and trusted.’

The government recognises this. Last October’s Heat and Buildings Strategy published by the Department for Business, Energy and Industrial Strategy says that “we want more consumers to understand the importance and urgency of decarbonising how we heat our buildings and opt to voluntarily upgrade their buildings”. To achieve this, it’s clear both that the public need to understand what is happening and, importantly, be motivated to take action as soon as possible.

The problem is that much of the strategy could act as a disincentive to action in the short term if it doesn’t provide clear signals on the options that will be available to individual householders to heat their homes.

To go back to the start of this piece, gas boilers aren’t going to be banned but there is the aim to phase out the installation of new natural gas boilers beyond 2035. Isn’t this the same thing? Well, not exactly; because you will still be able to have a gas boiler if it is also ‘hydrogen-ready’ and you live in an area that either has or will have access to a supply of low carbon hydrogen in the future.

The availability of hydrogen is obviously a key factor here and it is currently impossible for a consumer to know whether or not their home will have access to low carbon hydrogen. The government’s Hydrogen Strategy, also published last year, sets out that a strategic decision will be taken in 2026 on the amount of hydrogen to be used for heat in buildings, indicating that this amount could be anywhere from none at all, to enough to replace the amount of natural gas currently used in around half of all homes. Until this decision is made, householders can’t know what their future heating options will be, and it’s not clear whether that decision will also determine the areas where hydrogen will be available for homes.

Another future heating option for homes is connection to a heat network where, rather than each home having their own boiler, they are connected to a centralised heat source delivering hot water through pipes. These networks are obviously very localised, and government say they are working to set out zones where this will be available.

From a consumer’s perspective, you need to know how this will work, as regulations for consumer protection are yet to be developed and, most importantly, whether this could be an option in your area and, if so, when. If your heating can be delivered by a heat network in the future then replacing your current boiler with a low carbon option may simply not make economic sense. Again, until such information is available, how can we expect people to make decisions?

Heat pumps are highlighted in the Heat and Buildings Strategy as a proven low carbon heating option that can be deployed at scale now. But there is also an ambition stated by government to ensure that heat pumps are no more expensive to buy and run than gas boilers by 2030.

It is hard to see how this can incentivise the public to invest in a heat pump now when being told that they will be much cheaper in 10 years’ time. Yes, there are grants for heat pumps being made available from 2022, but these will only cover around 30,000 installations a year which is fewer than the expected sales in 2021.

What the heat pump industry really needs is a continued increase in consumer ‘pull’ above current levels. How might this be affected if potential customers are uncertain whether they are best served by simply waiting to see what their future options are?

The chapter in the strategy on reducing emissions in the 2020s says that consumers will be equipped with the relevant information and advice to make choices for decarbonisation. It’s clear that government needs to quickly make some key decisions itself so that individual consumers know the choices they will actually have in practice.

Where consumers can confidently take action now is to improve the energy efficiency of their home. Installing insulation is an obvious area, but improving the control and operation of wet heating systems is equally relevant given that the heating options described above will all continue to use such systems. The focus for the next few years may be less on which heating appliance to have, and more on getting an efficient building and system to accommodate it in.

BEAMA BOILERS HEAT AND BUILDINGS STRATEGY HEAT PUMPS
Tweets by HVP
Make sure you’re on top of changes in the industry, and sign up for free to receive your monthly copy of HVP and our weekly email newsletter
SUBSCRIBE TO NEWSLETTER
SUBSCRIBE TO MAGAZINE