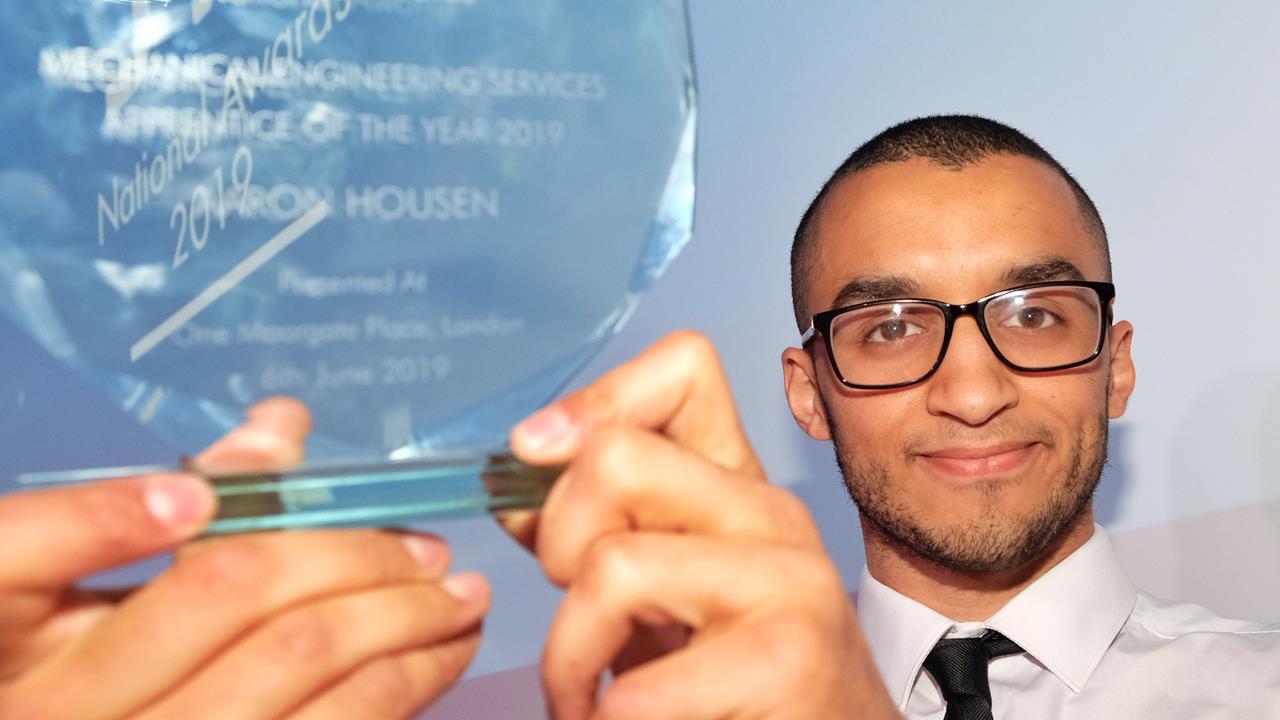 Aaron Housen, from Hayes, has been named JTL’s ‘National MES Apprentice of the Year’ at a ceremony held on 6th June at One Moorgate Place in London.

He was chosen from a cohort of more than 1,200 final year apprentices. Aaron was presented with an engraved glass award and a toolkit from sponsor Monument Tools valued at in excess of £500.

Aaron, who works for Dunamis Heating and Mechanical Services in Hayes, Middlesex, said: “Despite winning the regional award, I didn’t really believe I had a chance of taking the National Award as well. It’s been really rewarding working my way through an apprenticeship.

“To end up with an award as well has hugely exceeded my expectations. It was an amazing day and it was great to be able to share it with my family and especially my new son Eli – who is just five weeks old!”

The selection process for the JTL National Awards began with a regional awards competition which saw JTL’s network of training officers and managers across the country nominating the apprentices they felt deserved special recognition.

JTL Training Officer Mark Brown said: “Aaron has passed all his exams to the highest level completing his NVQ Level 3 and his gas safe training. In addition, he has been an exemplary attendee at Amersham and Wycombe College over the four years of his apprenticeship.

“He works in large domestic properties with wealthy and often testing clients, but he always conducts himself professionally. He now does surveys and quotes for the business and has begun training another apprentice. He always seems to have time, however busy the business is, which is a skill in itself. He works to the highest standards I’ve seen in an apprentice in my fourteen years in this role as a training officer.”

AARON HOUSEN APPRENTICE APPRENTICE OF THE YEAR AWARDS COLLEGE COMPETITION JTL LONDON NATIONAL AWARDS PLUMBER PLUMBING TRAINEE TRAINING
Tweets by HVP
Make sure you’re on top of changes in the industry, and sign up for free to receive your monthly copy of HVP and our weekly email newsletter
SUBSCRIBE TO NEWSLETTER
SUBSCRIBE TO MAGAZINE