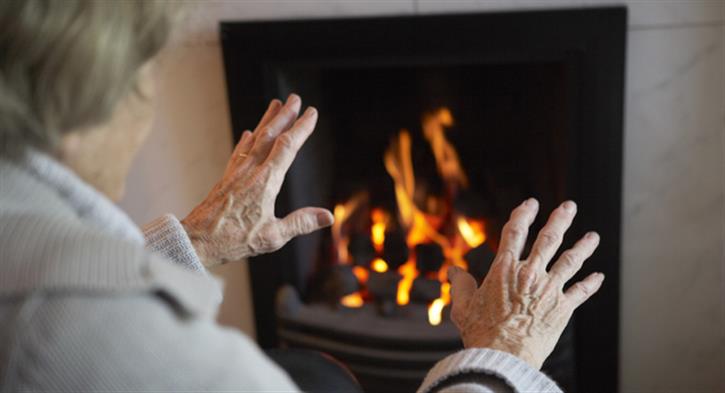 New guidance published by the National Institute for Health & Care Excellence (NICE) has highlighted tradespeople as a valuable point of contact with vulnerable people who may have health problems caused or exacerbated by living in a cold home.

The health watchdog believes that, with some training, a ‘hidden army’ of plumbers, meter readers and engineers could support traditional health and care staff in helping to identify people at risk.

The Heating & Hotwater Industry Council has welcomed the suggestion, saying that NICE is right to want to engage with installers, plumbers and other tradespeople, without the usual bureaucracy and red tape that other organisations require.

“Installers, plumbers, and tradesmen are visiting UK homes throughout the year whether they be servicing central heating systems, fitting new boilers or simply mending a leaky tap. This trusted band of workmen should become the foot soldiers in the fight against fuel poverty and we are pleased that NICE recognise the role they could play,” said the HHIC external affairs manager, Isaac Occhipinti.

“We know that living in a cold home can significantly increase the likelihood of ill health, including high blood pressure, heart attacks, strokes, influenza, asthma and other respiratory diseases as well as hypothermia. A large proportion of UK housing stock is old and of a poor quality, with inefficient heating systems that due to age, can be expensive to operate.

He explained that 8 million home visits are made each year by HHIC members, who see and understand the impacts of fuel poverty and what living in a cold home can do first hand. As a result, they are extremely well place to help make a change.

“Supporting people to install appropriate measures will not only enhance their living conditions, making their homes warmer but will also have a significant effect on improving their health ultimately reducing the cost burden to the NHS.”

“With over 100,000 heating and plumbing engineers in Britain making an estimated 8m home visits every year, the heating industry is in the perfect position to help identify those exposed to the effects of fuel poverty. In fact, I would go as far as to say it’s a no brainer.”

During the course of making calls to service boilers or fix dripping taps, it is reasonable that installers may recognise a cold, vulnerable person who might be living in one room or desperately trying to heat their whole home from an electric or gas fire, he said.

“As well as being able to spot the early warning signs, installers have the know-how to improve the situation in the most energy and cost-efficient ways, so it makes sense to suggest that thinking about the health effects of cold homes is their business too,” Mr Schofield continued.

“While today’s announcement is just the first step toward implementing the new guidelines, let’s hope that local health and wellbeing authorities are quick to respond by establishing single points of contact so that cases of concern can be reported quickly and preventative action taken to save lives and reduce the cost to the NHS.”

However, Pimlico Plumbers’ founder Charlie Mullins has launched a scathing attack on the belief that plumbers and heating engineers should join front-line care staff in tackling problems caused by cold homes.

Mr Mullins has reacted angrily to the idea, suggesting that it will only serve to release those whose job it is to identify those at risk from their responsibilities.

“Plumbers, like most people, are caring and compassionate human beings who will always do the right thing, but adding care worker to their job description is simply wrong,” said Mr Mullins.

“Making them part of the official safety net only proves the net is broken and the first step in releasing the people who are supposed to look after the vulnerable from their responsibilities.”

“Don't get me wrong, when my tradespeople come across someone who is in trouble at home during a visit of course they will help, what else would they do?” he conceded, explaining that members of his team have come to the rescue to start cars, rescue pets and call for doctors.

“We also prioritise heating calls to elderly people and families with young children when it's cold out and demand is high,” he explained “but that doesn't mean we need a law that actively says to plumbers and other tradespeople ‘you’re not only responsible for fixing the taps but also to pick up the slack from failing social services’.”

"Heating engineers and plumbers visit thousands of people every day as they work to maintain the essential services of heating and hot water, and we join NICE in encouraging them to take the necessary action if they think their customers are at risk. However, for the idea to work properly, local councils must ensure that lines of responsibility, channels of communication and the process itself are clearly defined. At this point, there are still a number of questions that need answering.

"Contract engineers will most likely be able to accommodate the NICE guidelines with little difficulty, as they are already geared up to give advice to homeowners. However, small business owners are less likely to have the resources and would need to change their business model quite radically to ensure they can make referrals with ease.

"We must remember that during the winter months, plumbing and heating engineers are put under extreme pressure to respond to calls to fix and install heating and hot water systems. It must be acknowledged that gaining consent from vulnerable adults and making a referral will take time. Homeowners will want to know what being referred means for them – who will be given their details, when someone will get in touch, and what the outcome will be – and so heating engineers must have this information readily available.

"Initial reports state that referrals should be made to a single point of contact, so again, communication and a clear process will be key to avoid a backlog and resulting enquiries that the heating engineers – seen by the customer as their point of contact – are left to pick up."