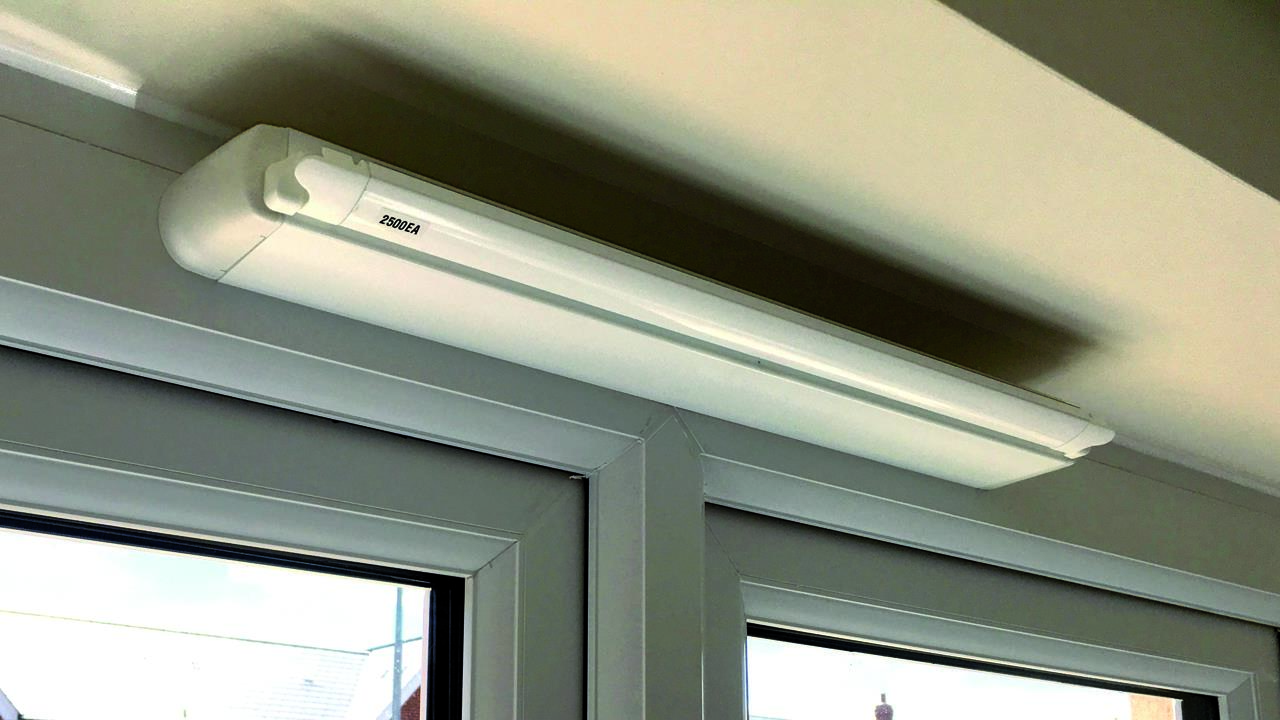 Ensuring a good standard of indoor air quality (IAQ) in today’s homes remains a key driver for manufacturers in the ventilation sector.

In fact, according to the World Health Organisation (WHO), exposure to air pollution is the biggest single environmental risk to human health – both outside and indoors. In a recent article, the Director General of the WHO even went as far as to call it “a silent public health emergency”, causing more global deaths than tobacco (seven million people per year).

Here in the UK, air pollution is certainly a concern, especially in inner-city areas where levels of nitrogen dioxide (NO2) are reaching harmful levels. This has already led to an Ultra Low Emission Zone being introduced in London in April of this year, which is set to expand by 2021. However, with properties continuing to be built and developed in these urban spaces, it is vital to ensure the air inside them is clean and healthy – especially as, according to BRE, the average European citizen spends at least 90% of their time indoors.

In light of this, ventilation products have a more important role to play than ever before. After all, ventilation is essential for ensuring a good standard of IAQ, as it helps reduce condensation and associated mould growth – both of which have been proven to leave people more susceptible to allergies, as well as worsen health conditions such as asthma. This has led to initiatives such as Clean Air Day being introduced to raise awareness about the dangers of air pollution.

Traditionally, windows and doors play an important part in whole building ventilation. This spans from opening a window for ‘purge’ purposes, through to using trickle vents for controlled and secured background ventilation. This is recognised at a legislative level, with the UK Building and Technical Regulations outlining the importance of vents in ensuring a healthy indoor environment.

Replacement windows are usually installed to reduce air leakage from old or poorly fitted frames and glass, as well as insulate from the cold outside. In these circumstances, installing trickle vents is essential, as they will compensate for any reduction in ventilation caused by air leakage around the previous windows. Trickle vents are advisable in most replacement window situations – if not, condensation may arise, resulting in the need to spend money on a mechanical supply unit.

Also, major building research bodies and energy efficiency programmes advocate the need for secure background ventilation to eliminate the risk of break-in. As a result, ventilation through handle night vent positions is actively discouraged, with the NHBC advocating the installation of trickle vents as good practice in all replacement windows.

When it comes to ensuring good levels of clean air inside newbuild properties, sometimes a more advanced approach to ventilation is required. Mechanical Ventilation with Heat Recovery (MVHR) offers many benefits, including the capacity to recover heat from exhaust air, as well as save money and create a healthy indoor air quality environment for end-users. MVHR (System 4) has been specified into many newbuild homes and apartments due to the benefits offered under the Standard Assessment Procedure (SAP) Appendix Q. MVHR systems remove moisture and pollutants from the air, providing cleaner air inside a dwelling.

Now, as demand for housing continues to grow throughout the UK, properties are being built in a wider range of environments than ever before. This being the case, extracting moisture and airborne contaminants with MHVR alone is not always enough; the air entering a property also has to be considered. Although MVHR systems currently offer grades of filter capable of combatting PM10 and PM2.5 particles, additional components are required to remove sulphur dioxide, hydrogen sulphide, hydrogen chloride, chlorine and NO2 – which are usually found in urban and highly polluted areas.

Considering that, in 2016, the UK had the second highest number of deaths due to NO2 pollution in Europe, something has to be done to address this issue now.

Fortunately, manufacturers have taken heed of such findings, designing dedicated NO2 filters that can be added to an MVHR system and remove these pollutants.

As homes become more energy efficient, ventilation will have a bigger role to play, especially in ensuring indoor air remains healthy in light of increased airtightness from insulation and double-glazing.

Clean air is important and it simply can’t be ignored. As a result, ventilation is key, with the correct choice of system ensuring long-term health benefits for occupants, regardless of where they live.